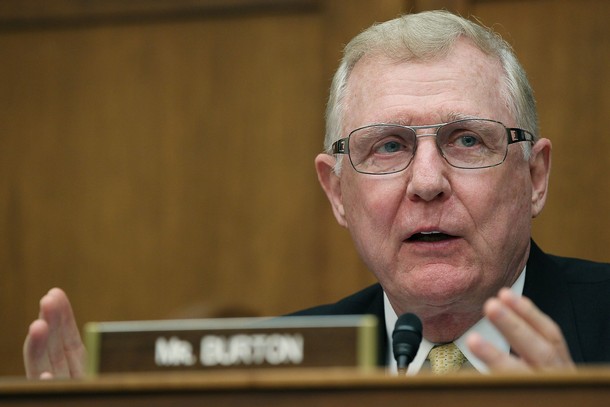 From Charlie Savage, the New York Times:  At a hearing of the House Foreign Affairs Committee, several members attacked Mr. Obama for failing to withdraw United States military forces from conflict after the expiration of a 60-day deadline for hostilities that have not been approved by Congress. The Libyan operation reached that deadline, which was imposed by the war powers law of the Vietnam era, on Friday.

“The president is not a king, and he shouldn’t act like a king,” said Representative Dan Burton, Republican of Indiana. Representative Brad Sherman, Democrat of California, said the administration was treating lawmakers as “irrelevant” by failing to acknowledge that the deadline had passed or to explain itself.

“It’s time for Congress to step forward,” said Mr. Sherman. “It’s time to stop shredding the U.S. Constitution in a presumed effort to bring democracy and constitutional rule of law to Libya.”

Still, he added that he thought Congress should probably approve continuing the Libyan operation. . . .

“Even today, the United States continues to fly 25 percent of all sorties,” Mrs. Clinton said. “We continue to provide the majority of intelligence, surveillance and reconnaissance assets.”  (photo: Getty)