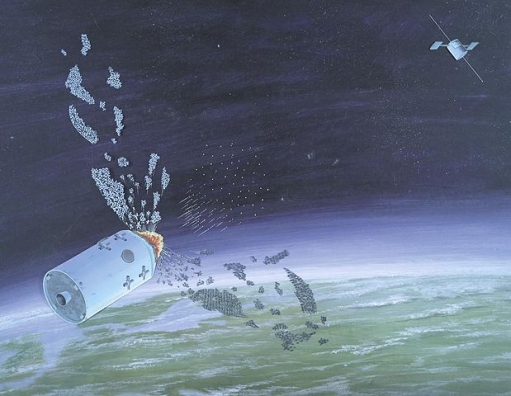 It is a tale that could have come from the cold war. A mysterious object launched by the Russian military is being tracked by western space agencies, stoking fears over the revival of a defunct Kremlin project to destroy satellites.

For the past few weeks, amateur astronomers and satellite-trackers in Russia and the west have followed the unusual manoeuvres of Object 2014-28E, watching it guide itself towards other Russian space objects. The pattern appeared to culminate last weekend in a rendezvous with the remains of the rocket stage that launched it.

The object had originally been classed as space debris, propelled into orbit as part of a Russian rocket launch in May to add three Rodnik communications satellites to an existing military constellation. The US military is now tracking it under the Norad designation 39765.

Its purpose is unknown, and could be civilian: a project to hoover up space junk, for example. Or a vehicle to repair or refuel existing satellites. But interest has been piqued because Russia did not declare its launch – and by the object’s peculiar, and very active, precision movements across the skies.

Russia officially mothballed its anti-satellite weaponry programme – Istrebitel Sputnikov or satellite killer – after the fall of the iron curtain, though its expertise has not entirely disappeared. Indeed, military officials have publicly stated in the past that they would restart research in the event of a deterioration in relations with the US over anti-missile defence treaties. In 2010, Oleg Ostapenko, commander of Russia’s space forces, and now head of its space agency, said Russia was again developing “inspection” and “strike” satellites. . . .

As far back as 2007, the Chinese showed they had the ability to shoot down satellites with rockets and in 2008 the US demonstrated it had the same capability.