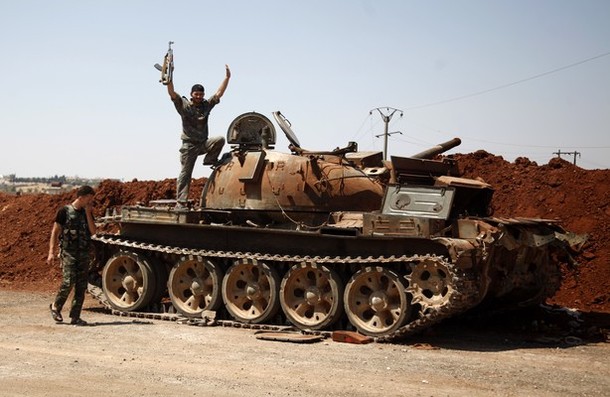 From Leon Watson, the Daily Mail:  British intelligence on Syrian troop movements is helping rebels in their fight against President Bashar al-Assad’s regime, it was revealed today. . . .

The official told The Sunday Times the British authorities ‘know about and approve 100 per cent’ signals intelligence from their Cyprus bases being passed through Turkey to the rebel troops of the Free Syrian Army.

‘British intelligence is observing things closely from Cyprus. It’s very useful because they find out a great deal,’ the official said.

‘The British are giving the information to the Turks and the Americans and we are getting it from the Turks.’

According to the official, the most valuable intelligence so far has been about the movements of troops loyal to President Assad towards the stricken second city of Aleppo, which is partly controlled by rebels.

Early this month FSA fighters had reported that two large columns of government troops were heading towards Aleppo.

One was from Latakia on the Mediterranean coast and the other from Damascus, the capital. The fighters did not reveal the source of their intelligence at the time.

The official said rebels ambushed troops and a column of more than 40 tanks in a valley near Saraqib, cut them off and destroyed many of them with repeat attacks with rocket-propelled grenades.  (photo: AP)