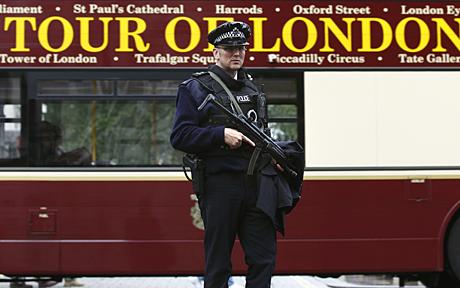 From Asif Shahzad and Paisley Dodds, the AP:  Eight Germans and two British brothers are at the heart of an al-Qaida-linked terror plot against European cities , but the plan is still in its early stages, with the suspects calling acquaintances in Europe to plan logistics, a Pakistani intelligence official said Thursday. One of the Britons died in a recent CIA missile strike, he said.

The revelations underscore the role of Pakistan as a haven for many would-be Islamist militants with foreign ties, a worrying prospect for Western countries who face additional challenges when tracking terror suspects among citizens who have passports and easier access to their shores.

Pakistan, Britain and Germany are tracking the suspects and intercepting their phone calls, the official told The Associated Press on condition of anonymity because he was not authorized to release the information to the media. …

"They have been making calls to Germany and London," the official said. "They have been talking about and looking for facilitators and logistics they need there to carry out terror strikes. …"

A German intelligence official, speaking on condition of anonymity because he was not authorized to speak with the media, said Germany regularly tracks suspected radicals leaving the country to go to train in Pakistan or Afghanistan, but cannot do anything to prevent them from leaving the country.

When they return, however, German laws enacted since the Sept. 11, 2001, attacks in the U.S. now let authorities charge people for training in such camps. …

Germany’s Federal Criminal Police Office would not comment on the report of eight Germans being involved. But a spokeswoman, speaking on the condition of anonymity because of departmental policy, said there are indications that some 220 people have traveled from Germany to Pakistan and Afghanistan for paramilitary training, and "concrete evidence" that 70 of those had done so.

She said it is believed that about one third of those 70 have returned to Germany. The Pakistani intelligence official said there are believed to be around 60 Germans in North Waziristan now.

From the Telegraph:  On Saturday, Sheikh Fateh al-Masri, a senior al-Qaeda commander, was thought to have been killed in North Waziristan, according to unconfirmed reports.

Fateh, also known as Abdul Razzaq, is said to have taken over operational command of al-Qaeda in Pakistan and Afghanistan and is thought to have been in command of the European plot.  (photo: Reuters)