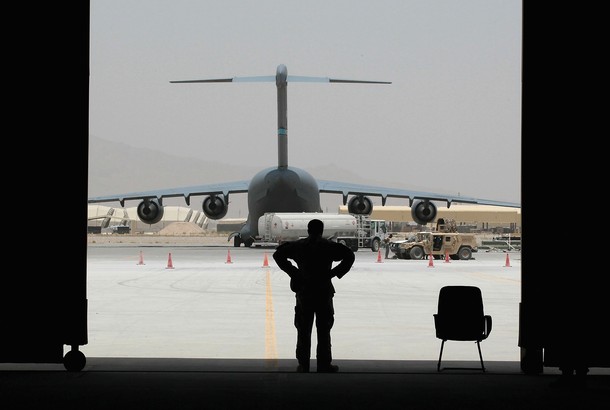 From Jonathan Owen and Brian Brady, the Independent:  A communiqué containing a blueprint for British troops to pull out from Afghanistan in four years’ time has been leaked ahead of a major international conference this week.

British troops are to pull out of Afghanistan by 2014, under a secret blueprint for drawing down coalition forces that is set to begin in a matter of months, it emerged last night. A leaked communiqué – a copy of which has been seen by The Independent on Sunday – reveals how President Hamid Karzai will announce the timetable for a "conditions-based and phased transition" at the International Conference on Afghanistan to be held in Kabul on Tuesday.

The meeting – which is set to map out the way ahead for the war-torn country – will be attended by US Secretary of State Hillary Clinton, UN Secretary-General Ban Ki-moon, the Foreign Secretary, William Hague, and foreign ministers from more 70 countries. An agreed version of the document, marked "not for circulation", was sent to senior diplomats yesterday by Staffan de Mistura, the Special Representative in Afghanistan.

It states: "The international community expressed its support for the President of Afghanistan’s objective that the Afghan National Security Forces (ANSF) should lead and conduct military operations in all provinces by the end of 2014." This comes just weeks after Mr Hague hinted that British troops could leave by 2014, and is the first formal confirmation of the timescale that governments have been working towards behind the scenes to agree in recent months. …

A senior source in the British military confirmed yesterday that the blueprint was "a significant map laying out the stages on the way to withdrawal". He said: "The British government has been talking in terms of a 2014 withdrawal, but nobody has been able to produce a timetable identifying how and when things would happen. This document demonstrates that there is a will in the international community to have it done by then.

From David Blackburn, the Spectator:  The chaos of military deadlines.

The leaked communiqué, obtained by the Independent on Sunday, stating that British troops will not be fighting in Afghanistan by 2014 has further confused the Afghan war at a time when clarity is necessary.  There are now two deadlines, or aspirations of a withdrawal at any rate. Liam Fox is polluting the airwaves with specious waffle about 2015 being a ‘conservative assessment’, but of course the troops will probably be home earlier, but then again they might not, but then again we don’t really know. Well, Dr Fox, if that’s the case it’s best to say nothing.

Amid this disorder, Andrew Mitchell has announced that aid to Afghanistan will be increased by 40 percent. But if NATO lacks the troops to protect the aid operation and occupy territory, which it does, then many of the new bridges, roads, schools and hospitals will be destroyed, as they were during the last concerted reconstruction effort in 2005-06.  (photo: Getty)