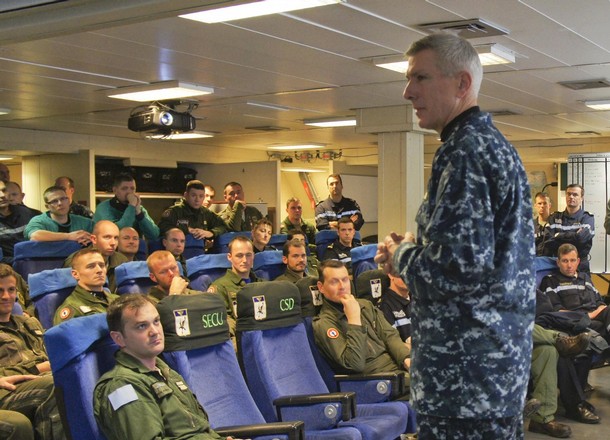 From Tsvetelia Tsolova, Reuters:  U.S. Admiral Samuel Locklear, commander of the Joint Operations Command at Naples conducting the Libya campaign, declined to comment whether NATO would expand its operation with forces on ground.

But he suggested that a small force may be needed once Gaddafi’s regime collapses to help the transition to democracy after his 41 years in power.

He told the Varna forum: "I would anticipate that there might be a need at some point to unfold a small force … a small number of people there to help them in some way."

"It could be the United Nations, it could the European Union, I guess for a short period of time it could be NATO," he added without elaborating.

Locklear said NATO was not carrying out plans on deploying such a force, but was discussing it because the alliance may be forced to act quickly to avoid a possible vacuum of power.

"I think, given where we come in this operation that it would be, may be in the best interest as they try to put a government together to provide them some stability and some support while they do that," Locklear said.  (photo: Reuters)