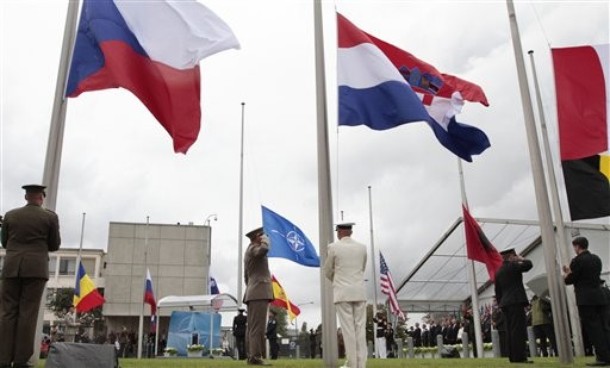 From Julian Lindley–French, the New Atlanticist:  NATO must contend with two competing and contending inner-realities : a schism in Alliance strategic culture and concept, driven by deepening divisions over the world view and the future of the Euro; and the austerity-driven need for shrinking armed forces to work ever more closely together in a world in which the balance of power is tipping against the West. It will not be an easy balance to strike. Forever in search of said new balance NATO has launched the Connected Forces Initiative or CFI. However, like most things NATO whilst the idea is good real questions remain as to the extent the member nations will really grip the challenge. The bottom-line is this; the only way CFI can succeed is to be radical in both thought and act. In effect, CFI is seeking what I call ‘organic jointness’; forces that not only act as one, but think as one. . . .

In Europe a defence planning Rubicon has been crossed and yet too many military leaders talk as though this is a temporary blip before their return to greatness. Indeed, given cuts to NATO Europe forces that is on average some 25% since 2008 European armed forces no longer have the size to ‘think’ as separate countries, let alone act as separate services. To be properly connected armed forces will need a radical, unified concept of how best to a) exploit the five dimensions of twenty-first military effect – air, land, sea, cyber and space; b) recognise that a new inner-relationship must be sought with the US; and c) inject some real meaning into the woeful non-relationship with the EU. That will require a NATO that can re-conceive of itself as a critical strategic node or hub at the core of a web of real strategic partnerships the world over with NATO Standards which promote effective ways of working acting as the Alliance’s core ‘product’. This will be no easy task for an Alliance that still remains too much of a self-licking lollipop.

The connectivity revolution must start within the Alliance. Critically, new thinking will be needed if the ‘corporate memory’ that has been built up so painfully over the past decade is to be properly exploited rather than shelved as lessons-learned and then lost. To that end NATO must far better, scientifically and systematically exploit exercising, training and education. Exercising is a key but woefully ill-exploited change agent. Too often the testing of concepts, experimentation and the taking of risk it implies is avoided in favour of of the formulaic and disconnected rehashing of the already known.

Julian Lindley-French is Eisenhower Professor of Defence Strategy at the Netherlands Defence Academy, Fellow of Respublica in London, Associate Fellow of the Austrian Institute for European and Security Studies and a member of the Strategic Advisory Group of the Atlantic Council. He is also a member of the Academic Advisory Board of the NATO Defence College in Rome. This essay first appeared on his personal blog, Lindley-French’s Blog Blast.  (photot: AP)