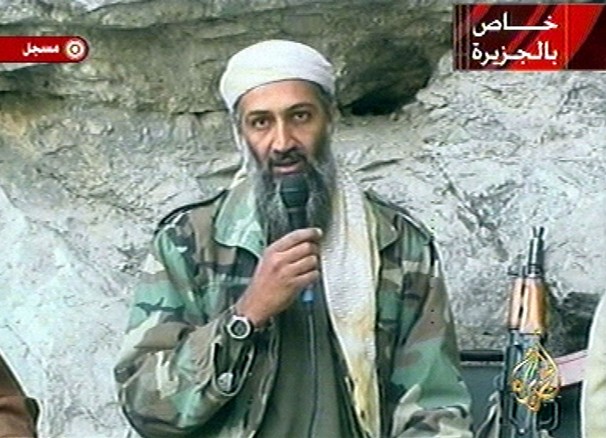 From the Washington Post:  Osama bin Laden, the long-hunted al-Qaeda leader and chief architect of the Sept. 11, 2001, terrorist attacks on the United States, was killed by U.S. forces Sunday in what officials described as a surgical raid on his luxury hideout in Pakistan.

In a rare Sunday night address from the East Room of the White House, President Obama said a small team of U.S. personnel attacked a compound Sunday in Pakistan’s Abbottabad Valley, where bin Laden had been hiding since at least last summer. During a firefight, U.S. team killed bin Laden, 54, and took custody of his body in what Obama called “the most significant achievement to date in our nation’s effort to defeat al-Qaeda.”

The killing of the terrorism mastermind who had eluded U.S. forces for nearly a decade drew a spontaneous, cheering crowd outside the White House gates and at New York’s ground zero, the site of al-Qaeda’s 2001 attacks on the World Trade Center.

“We will be relentless in defense of our citizens and our friends and allies,” a somber Obama said in his nine-minute statement that aired live on television worldwide. “We will be true to the values that make us who we are. And on nights like this one, we can say to families who have lost loved ones to al-Qaeda’s terror: Justice has been done.”

Bin Laden’s killing will provide a clear moment of victory for Obama at a time of deep political turmoil overseas that is upending long-standing U.S. policy in much of the Muslim world, particularly the Middle East.

It also comes nearly 10 years after bin Laden orchestrated the deadliest terrorist attack on U.S. soil, when al-Qaeda terrorists hijacked three passenger jets and crashed them into the World Trade Center and the Pentagon and crashed a fourth jet in rural Shanksville, Pa.

“Today’s achievement is a testament to the greatness of our country and the determination of the American people,” Obama said. “The cause of securing our country is not complete, but tonight we are once again reminded that America can do whatever it is we set our mind to. That is the story of our history.”  (photo: Washington Post)