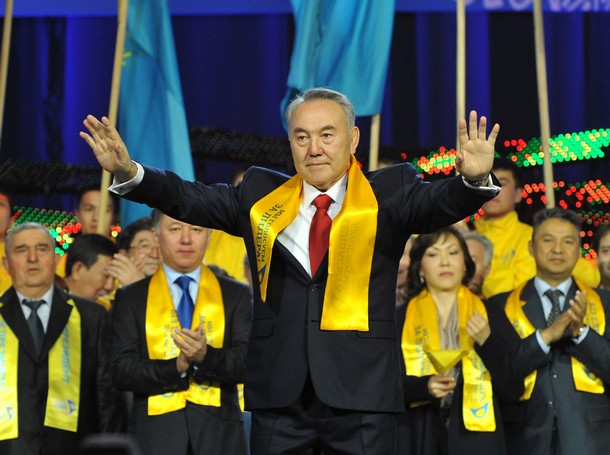 From RIA Novosti:  The results of Kazakhstan’s presidential elections on Sunday show that the country still lacks democracy and freedom of assembly and speech , observers from the Organization for Security and Cooperation in Europe (OSCE) said.

Seventy-year-old leader Nursultan Nazarbayev was reelected with 95.5% of the vote. The three other candidates each scored less than 3%. One of the losing candidates even said he had voted for the incumbent president, who has ruled the former Soviet republic since the late 1980s.

“…This election has showed that the country still needs…democratic commitments, particularly in the fields of freedom of assembly and media,” OSCE’s  Tonino Picula who leads the short-term OSCE observer mission said. …

Turnout at the polls was estimated at around 90 percent.  (photo: Getty)