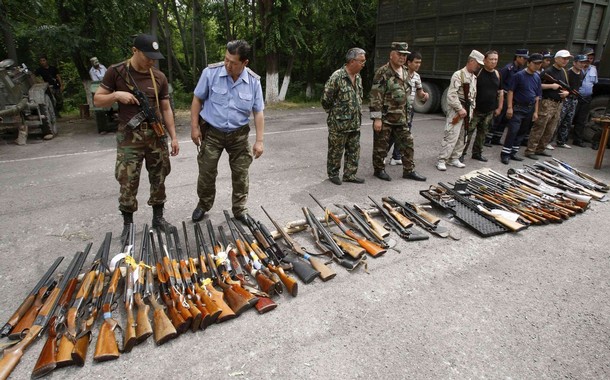 The Organisation for Security and Cooperation in Europe (OSCE) said its 56-nation permanent council had voted to deploy the mission "without delay" in southern , a former Soviet republic that hosts and Russian military air bases.

At least 300 people, and possibly hundreds more, were killed in several days of clashes in June between ethnic Kyrgyz and Uzbeks. Thousands of homes were torched in the cities of and Jalalabad and 400,000 people fled at the height of the violence. Both Kyrgyz and Uzbeks, who have a roughly equal share of the population in the south, have said they suffered sustained attacks. Many ethnic Uzbeks said Kyrgyz security forces did nothing to help them or even participated in the attacks. …

The Vienna-based OSCE, chaired this year by ‘s northern neighbour , said the 52 police officers would help to train local forces. They are expected to stay for about four months and the group could be expanded to 102 members.

"The police advisors will play an important role in reassuring the people of Kyrgyzstan following the tragic events of recent months, and will further strengthen the capacities of the police and help in restoring public trust," the OSCE said.  (photo: Reuters)