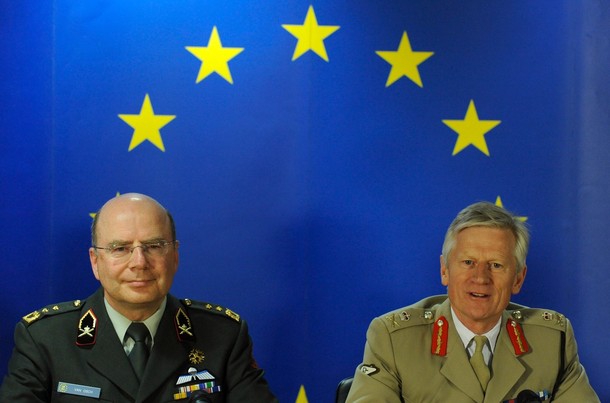 From Expatica France: The outgoing British head of the European Union’s military staff on Thursday said a French-led drive for a single EU military command centre was unworkable.

"There is not a one-sized feasible solution, neither from the point of view of politics nor from the pratical, military one," Lieutenant-General David Leakey told reporters as he handed over the post to Dutchman Ton van Osch.

Leakey’s set-up plans but does not command EU military missions, which are run by individual countries, and while financial pressures on European governments have led analysts to speculate that the day is drawing closer, Leakey was adamant that a permanent EU military HQ would struggle to command authority.

Sticking with the structure of a lead nation hosting the HQ, as in Britain with the bloc’s anti-piracy naval mission EU-Navfor, "means the operation is guaranteed to be a success," said Leakey, drawing on a near 40-year career. …

"If you have a permanent HQ mandated on a multinational basis, then you would lose an ownership of those operations."  (photo: Getty)