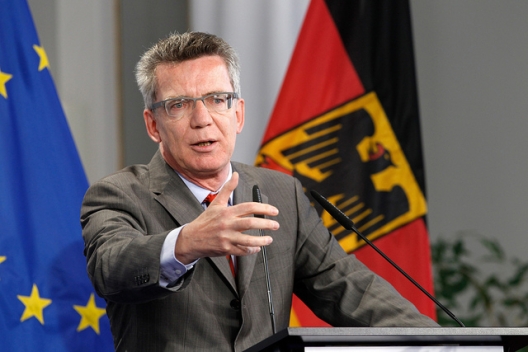 Germany’s former defence minister on Wednesday took an unusually undiplomatic parting shot at allies France and Britain, saying Berlin had met its responsibilities when it came to overseas military operations.

Thomas de Maiziere, seen as a close ally of Chancellor Angela Merkel, told a military ceremony marking his departure from the ministry that “Germany has no lessons to take from anyone in Europe on how to organise its military interventions. Not even from France or Britain.”

“When it comes to international engagements, we have several times been more involved than France,” he said in an apparent reference to the Nato-led operation in Afghanistan where Germany contributes the third most troops behind the United States and Britain.

“Germany does its duty, even when the domestic political situation is difficult. No German government has suffered a defeat on a vote to approve military intervention,” he added, in a veiled swipe at British Prime Minister David Cameron’s defeat in parliament over possible action in Syria.