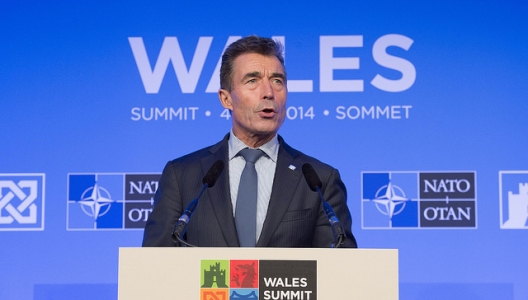 The retiring secretary general of NATO says he is leaving behind a more efficient fighting organization that will have to deal with an increasingly aggressive Russia.

The Russians are promoting conflict in neighboring states in what looks like an effort to regain the kind of control lost with the collapse of the Soviet Union, said Secretary General Anders Fogh Rasmussen in an interview with USA TODAY.

“It’s quite clear that, today, Russia doesn’t consider us a partner, but an adversary,” Rasmussen said on the sidelines of United Nations meetings this week. “And, obviously, we will have to adapt to that.”

Rasmussen, who is retiring from NATO this month, called Russian behavior his biggest disappointment since becoming secretary general in 2009. . . .

Looking back on his five-year tenure, Rasmussen said NATO now has its strongest armed forces ever, including new capabilities like missile defense and cyber security. He also cited a network of security partnerships across the globe, as well as internal reforms that include a more streamlined and efficient organization.

“All in all, NATO is fitter, faster, more flexible,” Rasmussen said.

Beyond Ukraine, Rasmussen said he suspects Russia has a “master plan” to “establish a zone of Russian influence in their near neighborhood, covering the former Soviet space.” He said Russian intimidation of Georgia and Moldova are other examples.