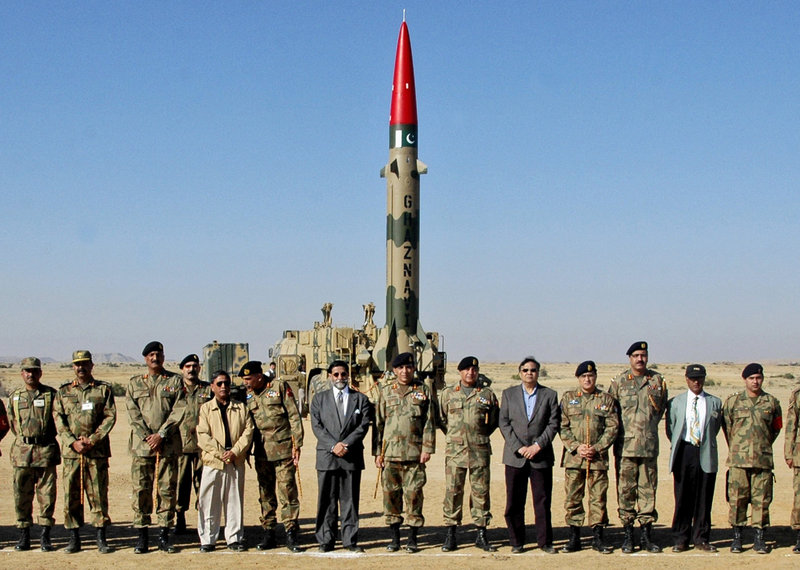 From David Sanger and Eric Schmitt, the New York Times:  New American intelligence assessments have concluded that Pakistan has steadily expanded its nuclear arsenal since President Obama came to office, and that it is building the capability to surge ahead in the production of nuclear-weapons material, putting it on a path to overtake Britain as the world’s fifth largest nuclear weapons power. …

But the most recent estimates, according to officials and outsiders familiar with the American assessments, suggest that the number of deployed weapons now ranges from the mid-90s to more than 110. When Mr. Obama came to office, his aides were told that the arsenal “was in the mid-to-high 70s,” according to one official who had been briefed at the time, though estimates ranged from 60 to 90.

“We’ve seen a consistent, constant buildup in their inventory, but it hasn’t been a sudden rapid rise,” a senior American military official said. “We’re very, very well aware of what they’re doing.”

White House officials share the assessment that the increase in actual weapons has been what one termed “slow and steady.”

But the bigger worry is the production of nuclear materials. Based on the latest estimates of the International Panel on Fissile Materials, an outside group that estimates worldwide nuclear production, experts say Pakistan has now produced enough material for 40 to 100 additional weapons, including a new class of plutonium bombs. If those estimates are correct — and some government officials regard them as high — it would put Pakistan on a par with long-established nuclear powers.

“If not now, Pakistan will soon have the fifth largest nuclear arsenal in the world, surpassing the United Kingdom,” said Bruce Riedel, a former C.I.A. officer and the author of “Deadly Embrace: Pakistan, America, and the Future of Global Jihad.”