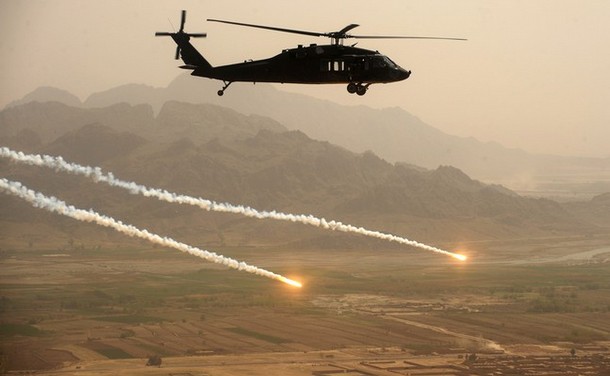 From Karin Brulliard, the Washington Post:  NATO helicopters crossed from Afghanistan into Pakistan and fired on a Pakistani border post early Tuesday, injuring two paramilitary soldiers, according to the Pakistani army.

Soldiers at the post in the Datta Khel area of North Waziristan fired on the helicopters, which prompted an exchange of fire, the military said in a statement. North Waziristan, in Pakistan’s tribal belt, is home to several militant organizations that target international forces across the border in Afghanistan. Though Pakistan secretly allows CIA drones to strike the area, it does not permit any form of NATO troop operations on its territory, and a helicopter strike could heighten the fierce tensions between the United States and Pakistan.

Spokespeople for the NATO-led coalition in Afghanistan said they had been notified about the alleged incursion but could not yet confirm it, news services reported. Other Pakistani officials in North Waziristan said they were also investigating.  (photo: Getty)