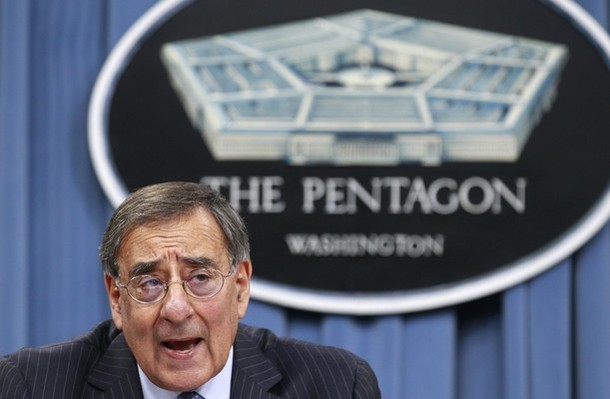 From David Alexander, Reuters:  The NATO meeting in Brussels on Thursday and Friday comes a week after [Defense Secretary Leon] Panetta previewed a defense budget that calls for slashing American force numbers in Europe, part of a new U.S. military strategy that puts Asia and the Middle East as top priorities with Europe a lowly third. . . .

Ian Brzezinski, a senior fellow at the Atlantic Council think tank in Washington, said the European allies would be looking for Panetta to explain what the new U.S. force posture means for the trans-Atlantic alliance.

"That had better be the first top-line objective for the administration because that gets to the essence of the trans-Atlantic bargain and the solidarity of NATO," said Brzezinski, who was deputy assistant secretary of defense for Europe and NATO Policy during President George W. Bush’s administration.

"What are the withdrawal of these forces – two BCTs (brigade combat teams) and this air wing – going to mean about America’s commitment to NATO and Article 5," which requires members of the alliance to come to each others’ defense, he said.

Brzezinski noted that heads of the U.S. European Command, including the commander, Admiral James Stavridis, have told Congress the U.S. military might not be able to fulfill its treaty obligations with fewer than four Army combat brigades.

Stavridis told the armed services committees of Congress in 2010 that maintaining four brigades was "critical" to the U.S. mission.

"Without the four brigade combat teams and one tactical intermediate headquarters capability, European Command assumes risk in its capability to conduct steady-state cooperation, shaping and contingency missions," Stavridis said in his testimony. "Deterrence and reassurance are at increased risk. . . ."

Beyond reassuring NATO allies over the implications of the U.S. defense budget, Panetta will have to work to avert any appearance of a rush for the exits in Afghanistan after Sarkozy, facing his own re-election challenges, announced the early French withdrawal from Afghanistan at a news conference with Afghan President Hamid Karzai last week.

"For Sarkozy to do this by himself in front of the media … surprising even his own government was just shocking and it’s going to have an impact beyond Washington," said Barry Pavel, director of the international security program at the Atlantic Council.

Pavel said he expected U.S. and NATO leaders to try to avoid having a series of countries drop out of the coalition in Afghanistan over the next few weeks.

"If it’s France and then country ‘y’ and then country ‘z’ over the next three to four weeks, that’s going to look really bad," Pavel said. "And it raises questions about the U.S. commitment in the midst of everybody else getting out."

"So I would imagine the White House would put on a pretty firm push to … put a security fence around this and firm up the rest of the coalition. Otherwise they’re hanging on by a thread and that looks bad in an election year."   (photo: Reuters)