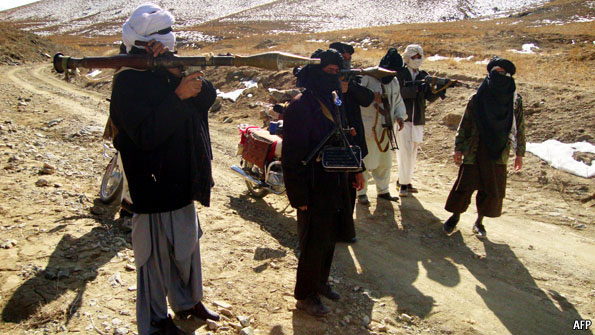 From Clausewitz, the Economist:  The secret NATO report on the Taliban leaked to the BBC is full of fascinating stuff, but it mostly confirms what was already known rather than shedding new light on the conflict in Afghanistan. The report, called “The State of the Taliban” and based on interrogations with more than 4,000 Taliban and al-Qaeda detainees is, however, rich in anecdotal evidence about the way that Pakistan’s intelligence service, the ISI, controls and sustains the Taliban and other extremist groups in Afghanistan.

The semi-comforting belief that only “rogue elements” in the ISI have close connections to the Taliban never had much basis in fact and it has less now. A senior al-Qaeda commander in Kunar province (in the wild north-east of the country) says: “Pakistan knows everything. They control everything. I can’t [expletive] on a tree in Kunar without them watching. The Taliban are not Islam. The Taliban are Islamabad. . . .”

The report is, however, a timely reminder that despite the mood of (contained) optimism over peace talks, the insurgency remains resilient and confident and is likely to stay that way for as long as Pakistan believes it is in its strategic interests to give it material and moral support. That does not mean that a Taliban victory, in the sense of a Taliban-dominated government returning to Kabul, is inevitable once the bulk of ISAF combat forces have departed, as many of the interviewees claimed to believe. Most of Afghanistan remains firmly opposed to such an outcome and determined to resist it. But it does mean that the strength of the Taliban’s negotiating position should not be underestimated. Unfortunately, the announcement by America’s defence secretary, Leon Panetta, on February 1st that America would end its combat role in mid-2013 rather than towards the end of 2014 as had previously been expected, can only bolster that position further. The previous timetable was not without risk. For reasons that have little to do with the future security of Afghanistan, Mr Panetta may have triggered an unseemly rush for the exit.  (photo: Economist)