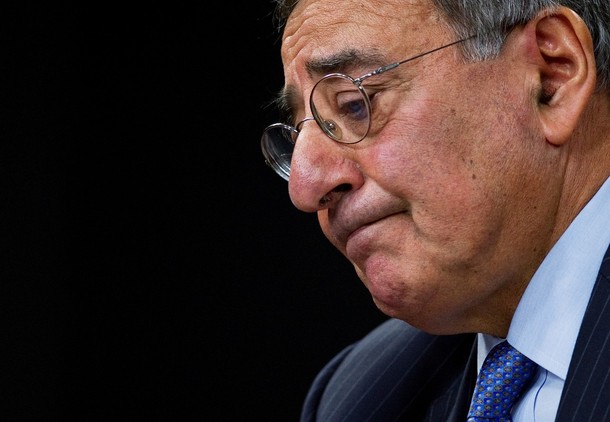 From Leon Panetta, the Department of Defense:  First, as an alliance, obviously we are fully committed to the Lisbon framework:  in together, out together.   We’re committed to a transition to Afghan control.  As the president has said, by 2014, this process of transition will be complete, and the Afghan people will be responsible for their own security.  As – and thirdly, as transition is already under way in Afghanistan, our consultations included considerations of how ISAF will evolve from its lead combat role to a support, advise and assist role, in the Afghan security forces, as the Afghan security forces move to the lead in these areas.

Our goal all along has been to help the ANSF take the lead for security, and that’s the process we’re involved in right now as we speak.  As I indicated yesterday and as I stated to our allies today, we hope that the ANSF forces will be ready to take the combat lead in all of Afghanistan sometime in 2013.  Obviously, we will have to continue consultation with our allies and our Afghan partners about the best way to accomplish that goal.

The fact that we can discuss this now is a sign of progress, and it’s a recognition that our strategy is working.  But I want to be clear:  Even as Afghans assume the security lead, ISAF will continue to have to be fully combat-ready, and we will engage in combat operations as necessary.  We’re going to have to have – you know, our troops are going to have to defend themselves.  They’re going to have to deal with, you know, some special operations.  They will have to deal with extremis situations that might develop.  But clearly they will have to continue to be combat-ready in that period as I – as I also mentioned yesterday.

We also discussed the need to be – to an ensuring partnership and a presence in post-2014.  I think we all acknowledged that this is an area that we have to continue to discuss and to have consultation on as to what that role will be, what missions we have to implement at that time.  So that’s something that we’ll continue to be discussing with our NATO partners as we move towards Chicago.  We’ll also be discussing ‘how do we sustain the ANSF with international support.’  You know, funding the size of the ANSF is something that we also felt that we had to continue to discuss and consult on.

There – there’s much hard fighting ahead here.  We need to keep the momentum up, and we need to keep the enemy on its heels.  That – General Allen made clear that we – this is no time to let up on the pressure.  We have to continue the pressure on the enemy.  These consultations with our allies will continue here tomorrow, and the final plan will be decided obviously by heads of state and by our head of state, President Obama, at Chicago, when we get to Chicago.