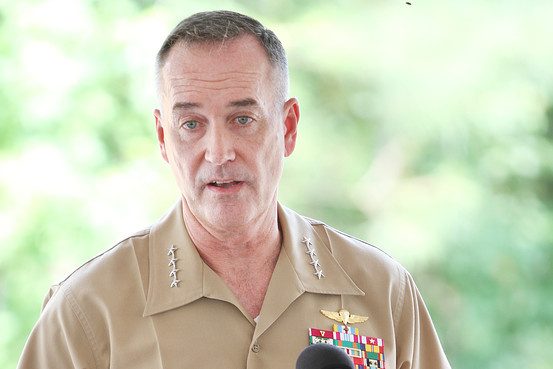 From Phil Stewart, Reuters:  Defense Secretary Leon Panetta has recommended General Joseph Dunford, the No. 2 Marine officer, to lead the war effort in Afghanistan once the outgoing commander of U.S. and NATO troops rotates out of the post, a U.S. official told Reuters on Wednesday.

The decision will ultimately rest with President Barack Obama and his nomination would need to be approved by Congress.

Dunford, who served in the Iraq war, would replace General John Allen, who took over command of the Afghan mission in July 2011 and who is expected to become the next head of U.S. forces in Europe sometime this winter.

From John T. Bennett, U.S., News & World Report:  Dunford, a Massachusetts native, has been a Leatherneck since 1977, after he graduated from the private St. Michael’s College in Vermont.

Dunford caught the attention of many in Washington for his performance as the head of the 5th Marine Regiment during the 2003 Iraq invasion, where he reportedly earned the nickname "Fighting Joe" from his then commander, Gen. Jim Mattis. (photo: AP)