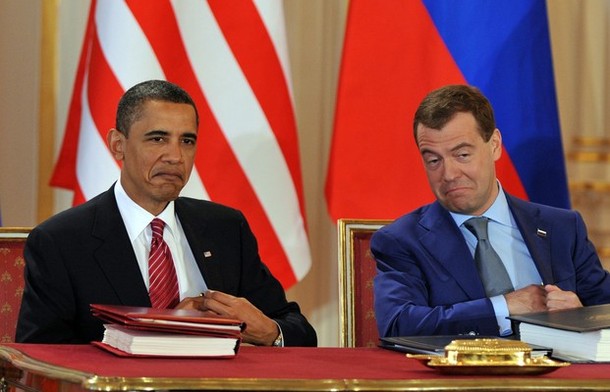 From John Vinocur, the International Herald Tribune:  NATO’s final communiqué didn’t talk of seeing a “strategic partnership” with Russia , as Mr. Obama did, but went on tiptoes by making explicit that “We want to see a true strategic relationship between NATO and Russia, and we act accordingly, with the expectation of reciprocity from Russia .”

As for NATO’s definition of reciprocity — Russia’s acknowledgment that NATO is not a threat and therefore Moscow should have no reason to fear its role or expansion? — that’s not made clear. But Mr. Medvedev pointed in the direction of what Russia probably seeks: a missile defense system divided into “sectors” where it would have command of its own.

European analysts have said that this Russian notion might well involve extending its cover to countries on Russia’s borders and, in effect, update Russia’s seemingly eternal desire for a buffer zone around it and under its control.

But a U.S. official said that NATO did not truly know what the Russians meant yet by “sectors” — and Mr. Golts wrote that he didn’t either, although he found that Mr. Medvedev’s stipulations of equality resembled a threat.

With this tone and level of noninformation, you just might want to put off a decision on buying a used car, not to mention sharing a system to defend against a nuclear threat from Iran.  (photo: Getty)