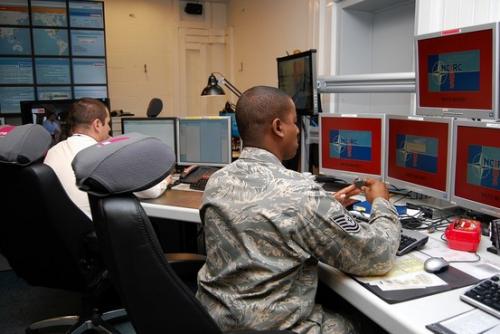 Schleien spoke at Georgetown University’s second annual International Engagement on Cyber here where experts from Washington, the Netherlands and Russia spoke about national security and diplomatic efforts in cyberspace before several hundred students and experts in the field.

“We started with our traditional treaty allies, those with whom we have commitments,” Schleien said.

The department started there in accordance with President Barack Obama’s international cyberspace strategy, released in May 2011, which says that “hostile acts in cyberspace could compel actions under our mutual defense treaties,” he said.

Defense officials worked with DOD allies and NATO staff during the 2010 Lisbon Summit, Schleien said, to bring all NATO networks, civilian and military, under the NATO Cyber Incident Response Center, which is expected to be complete later this year.

Most recently, he said, DOD officials are starting to talk with the Japanese, South Korean and New Zealand defense ministries about cyber security, while working closely with the British and Australian ministries “to talk about a whole spectrum of cyber interoperability. . . .

U.S. Cyber Command finds it necessary to share information with other countries, but harder to accomplish given its national security mission, Navy Rear Adm. Samuel Cox, Cybercom’s director of intelligence, said at the forum.

“From our perspective, what we’re looking at is a global cyber arms race [that] is not proceeding as a leisurely or even linear fashion but is, in fact, accelerating,” he said.

The increasingly vertical nature of the threat, Cox added, “is what is motivating my boss and others for a particular sense of urgency in being able to move forward on this.”   (photo: NATO)