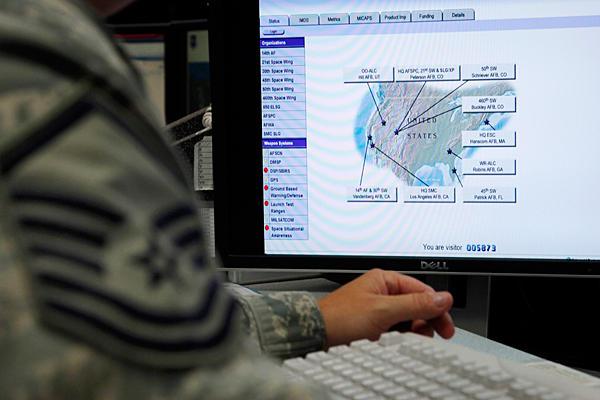 From Anna Mulrine, the Christian Science Monitor:  The Pentagon is rapidly preparing for cyberwar in the face of alarming and growing threats, say senior defense officials, who add that sophisticated attacks have prompted them to take the striking step of investigating the feasibility of expanding NATO’s collective defense tenet to include cyberspace.

But as such planning intensifies, the military is struggling with some basics of warfare – including how to define exactly what, for starters, constitutes an attack, and what level of cyberattack warrants a cyber-reprisal.

“I mean, clearly if you take down significant portions of our economy we would probably consider that an attack,” William Lynn, the deputy secretary of defense, said recently. “But an intrusion stealing data, on the other hand, probably isn’t an attack. And there are [an] enormous number of steps in between those two. …”

“If you don’t know who to attribute an attack to, you can’t retaliate against that attack,” noted Lynn in a recent discussion at the Council on Foreign Relations.

As a result, “You can’t deter through punishment, you can’t deter by retaliating against the attack.” He lamented the complexities that make cyberwar so different from, say, “nuclear missiles, which of course come with a return address.”

How to pinpoint the source of a cyberattack is a subject being discussed by Pentagon officials with their counterparts in Britain, Canada, and Australia, among others, in advance of the upcoming NATO summit in Lisbon in November, at which cyberwarfare is an item on the agenda. Officials from NATO member states are also discussing such fundamental issues as how to share information and exchange related technologies, illustrating that the concept of a collective cyberwarfare defense is still in its infancy. …

It was in 2008 that a cyberattack on Pentagon networks – an attack attributed to an unnamed "foreign intelligence service" – served as a wake-up call for US defense leadership. “To that point, we did not think our classified networks could be penetrated, so it was – it was a fairly shocking development,” said Lynn, adding that it was a “seminal moment” in a new military frontier.  (photo:  Rick Wilking/Reuters)  (via Morning Defense)