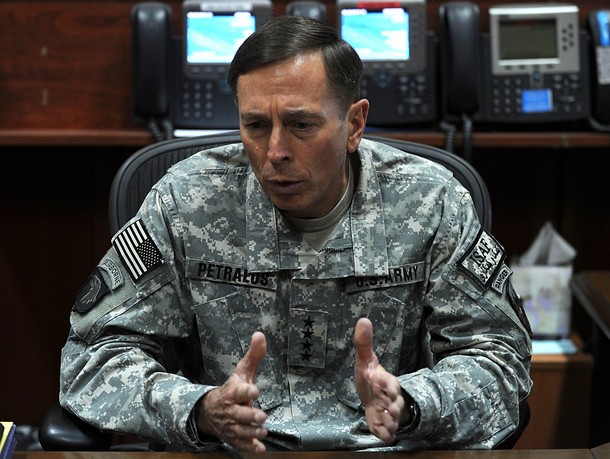 From Phil Stewart and David Alexander, Reuters:  General David Petraeus said on Wednesday he has completed a draft plan to start thinning NATO forces in parts of Afghanistan next year, but cautioned that the transition process would be slow.

Petraeus, the top U.S. and NATO commander in Afghanistan, told the Reuters Washington Summit that he briefed NATO allies on what he called a "very tentative, pre-decision, provisional analysis" on starting a transition to Afghan security control.

The plan would be refined in the coming months, particularly ahead of a NATO summit in Lisbon in November.

"All we have done so far is a preliminary analysis that looks at what — at some point out in 2011 — what may be districts that could be candidates for beginning the process of transition," Petraeus said in an hour-long telephone interview from Kabul, without identifying the districts.

The draft plan looked at possibilities during a "certain period out in the future — within a six month period, then six to 12 months, 12 to 18, and so forth," he said. …

Petraeus stressed that the transition was gradual in nature, calling it a "process" and "not an event" in which the goal was to "thin out, not hand off" security responsibility.

Petraeus said he briefed NATO’s Secretary-General Anders Fogh Rasmussen and NATO allies via videoconference last week. He did not say when the next briefing on his assessment would take place.  (photo: Getty) (via Morning Defense)