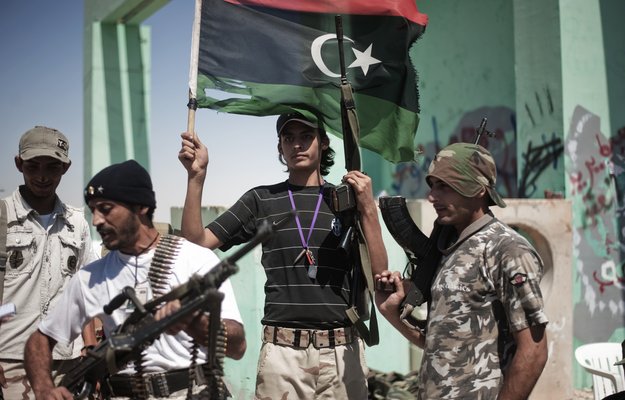 From Daniel Serwer, Foreign Policy:  The United Nations, which authorized the NATO intervention, has both the funding and the credibility with Libyans to play a leadership role in the transition.  From Washington’s perspective — which is no doubt to avoid getting embroiled in more nation building — it is also a relatively economical way to get things done, as the United States usually pays no more than one-third of the U.N. costs.

The European Union also has serious capabilities — in particular, the ability to deploy hundreds of paramilitary police needed to stabilize a city like Tripoli — which will likely need to be brought to bear. Several important European Union members, such as Italy, France, and Germany receive oil and gas supplies from Libya or have invested in Libyan energy production, and therefore have a vested interest in seeing the country manage its transition effectively. Europe, however, is preoccupied with its own financial difficulties. Libyan assets frozen in the United States and Europe will eventually provide ample financing, but wealthy Arab oil producers may be needed to meet Libya’s most immediate requirements.

The United Nations and the European Union should lead in assisting the Libya transition, but that does not exempt the United States from contributing. American logistics and intelligence have been vital to the NATO military operation and will likely also be crucial in the post-Qaddafi period. The United States is not completely devoid of interests in Libya, after all — it does not want sensitive materials from Libya’s nuclear and chemical weapons programs to get loose, for known terrorists to seek haven there, or for any Stinger-type anti-aircraft weapons to escape into the world arms markets. The United States will also want to make sure that NATO is prepared to step in if chaos threatens to break up Libya, re-install a dictator, or unleash a humanitarian crisis across North Africa and the Mediterranean.

Daniel Serwer is a professor at Johns Hopkins School of Advanced International Studies and a scholar at the Middle East Institute. He blogs at www.peacefare.net and tweets @DanielSerwer.  (photo: Gianluigi Guercia/AFP/Getty)