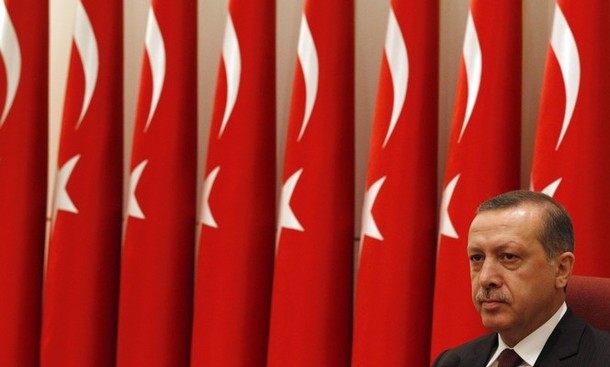 From Recep Tayyip Erdogan, Newsweek:  Our European friends should realize that Turkey-EU relations are fast approaching a turning point. In the recent waves of enlargement, the EU smoothly welcomed relatively small countries and weak economies in order to boost their economic growth, consolidate their democracies, and provide them with shelter. Not letting them in would have meant leaving those countries at the mercy of political turmoil that might emerge in the region. No such consideration has ever been extended to Turkey. Unlike those states, Turkey is a regional player, an international actor with an expanding range of soft power and a resilient, sizable economy. And yet, the fact that it can withstand being rebuffed should not become reason for Turkey’s exclusion. Sometimes I wonder if Turkey’s power is an impediment to its accession to the Union. If so, one has to question Europe’s strategic calculations.

It’s been more than half a century since Turkey first knocked at Europe’s door. In the past, Turkey’s EU vocation was purely economic. The Turkey of today is different. We are no more a country that would wait at the EU’s door like a docile supplicant.

Some claim that Turkey has no real alternative to Europe. This argument might be fair enough when taking into account the level of economic integration between Turkey and the EU—and, in particular, the fact that a liberal and democratic Europe has always been an anchor for reform in Turkey. However, the opposite is just as valid. Europe has no real alternative to Turkey. Especially in a global order where the balance of power is shifting, the EU needs Turkey to become an ever stronger, richer, more inclusive, and more secure Union. I hope it will not be too late before our European friends discover this fact.