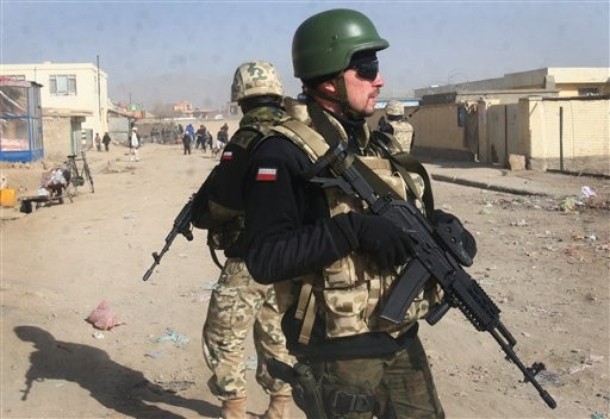 From Gabriela Baczynska, Reuters:  Afghanistan cannot expect current levels of Western financial aid for its armed forces to be sustained beyond 2014, when NATO forces plan to pull out, Poland’s defence minister said on Thursday.

European members of the alliance have been coming under pressure to help sustain the Afghan armed forces after NATO’s planned withdrawal.

But Tomasz Siemoniak signalled that Poland, the largest ex-communist NATO member with nearly 2,500 troops in Afghanistan, was not willing to pass on the so-called "transition dividend" – money it now spends on maintaining its presence there – to Kabul after 2014.

"No country can be subsidised indefinitely," he told Reuters in an interview.

He said Afghanistan needed to be focused on building political stability to attract investors.

"My perspective is more political and military than economic. I believe what will be going on in Afghanistan beyond 2014 will depend on political stability. Now it’s hard to imagine somebody investing money in such an unstable country," Siemoniak said. . . .

European Union defence ministers will discuss the issue in Brussels next month, before a meeting of NATO heads of state and government in Chicago in May, he said.  (photo: AP)