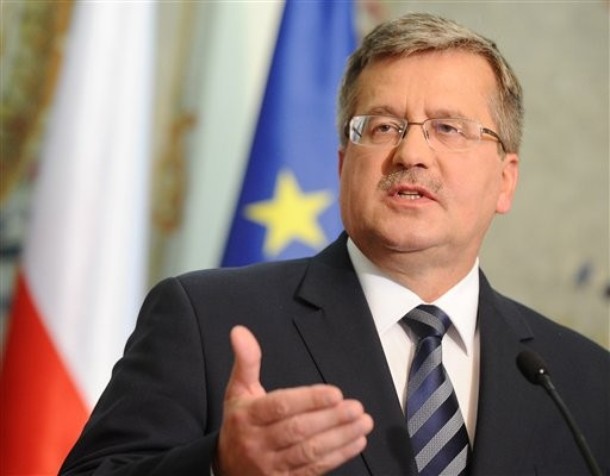 From Rachel Oswald, Global Security Newswire:  Poland’s recently expressed interest in acquiring an independent capability to counter theater-level missile attacks has much to do with insecurities over whether the United States, with all of its competing priorities, can reliably be counted on to defend Polish interests, according to issue experts and former diplomats.

Polish President Bronislaw Komorowski earlier this month said the desired antimissile system should be separate from the next-generation U.S. missile interceptors his country is slated to receive around 2018 under the Obama administration’s “phased adaptive approach” for European missile defense.

Former U.S. Ambassador to Poland Victor Ashe said  his sense from speaking to contacts in the country is “there is a feeling that Poland needs to go more its own way and look after itself and be more European-related as opposed to seeing the United States as an ally who is there through thick and thin. . . .”

“I just think there is a lot of Polish concern as to how reliable and how consistent the United States is going to be in the next several years,” Ashe, Washington’s top envoy to Warsaw from 2004 to 2009, said in a telephone interview from Knoxville, Tenn. “They want to have a system in place in which they are charge. . . .”

Poland’s existing air defenses consist of Soviet-era anti-aircraft systems that are now several decades old and will have to be retired by 2020, according to an assessment by military analyst Artur Bilski published last week by the Polish newspaper Rzeczpospolita. “They are not worth much, because they cannot counter currently popular ballistic and cruise missiles,” he wrote. . . .

Bilski said he believes Warsaw’s desire for its own missile interceptors might have crystallized after President Obama in late March made an unguarded comment to then-Russian President Dmitry Medvedev that he would have more “flexibility” in responding to Kremlin demands for a compromise on European missile defense after the November U.S. presidential election.

Obama was picked up by a live microphone saying, “it’s important for him [then-incoming President Vladimir Putin] to give me space. …This is my last election. After my election I [will] have more flexibility.”

Bilski claimed the U.S. president essentially told Medvedev “that the Americans could opt out even of the new version of the missile defense shield proposed to the Poles and Europeans and trade it for cooperation with Russia.”  (photo: AP)