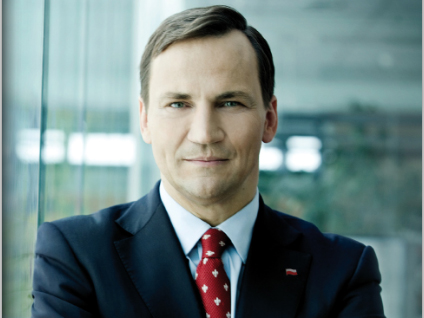 From Radek Sikorski, Foreign Affairs:  Our relations with Russia, like yours, are pragmatic but brittle. And unfortunately, after the war between Russia and Georgia, I’m afraid conflict in Europe is imaginable. We have an intensive dialogue with Russia on security issues, and I hope we will manage to mediate our differences. For example, now that the U.S. will not be building a fourth phase of missile defense [in Europe], the phase that potentially affected the Russian nuclear deterrent, we hope that Russia will keep its word and refrain from hostile missile deployments on the NATO border. . . .

In security matters, our first loyalty is to NATO, and we’ve proven this with deeds. When our ally the United States was struck by terrorists, Poland sent a brigade to Iraq and commanded a division composed of two dozen nations. We’ve sent a contingent of 2,600 troops to Ghazni, one of the most difficult provinces in Afghanistan, too. We are still in the Balkans. NATO is the bedrock of our security, and we are one of the few countries that maintain defense spending at nearly two percent of GDP and of even fewer that have increased such spending during the economic crisis.

But we also believe that Europe should never again be as helpless as it was in the 1990s in the face of major emergencies in its own neighborhood. If you remember, it took two years before the United States realized that Europe wasn’t able to bring peace to Bosnia. And unfortunately, 200,000 people died to make the point. Europe should also do more to help shoulder America’s global responsibilities at a time of strained defense budgets. I am glad the United States encourages Europe to become capable of carrying out operations in its vicinity.

Poland has participated in most of the EU’s two dozen operations, such as in the Congo, in Chad, and now in Mali. Europe has also effectively used lethal force. Last year, a kinetic operation was carried out against the Somali pirates in which their boats were destroyed, and as a result, the incidence of piracy off the Horn of Africa has dropped by 70 percent. That is a perfect example of Europe and America working side by side and achieving a joint objective.