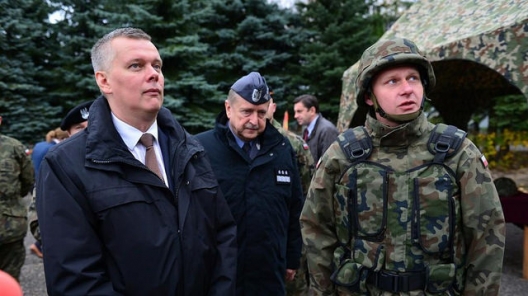 Poland says the level of Russian naval and air force activity in the Baltic Sea region has been “unprecedented” this week.

Defence Minister Tomasz Siemoniak said most of the activity was in international waters and airspace and Sweden was the country most affected. . . .

Mr Siemoniak said Russia was “not preparing to attack” but it was testing Nato defences, which “does not serve to build good relationships and trust. . . .”

Several incidents have been reported in the region this week:

*  On Tuesday the Norwegian military said one of its warplanes had a “near miss” with a Russian fighter which had ventured too close, north of Norway

*  The Finnish air force said that there had been “unusually intense” Russian activity over the Baltic Sea and the Gulf of Finland, with most flights involving bombers, fighters and transport planes heading between the Russian mainland and the Kaliningrad enclave, between Lithuania and Poland

*  Nato said on Monday the alliance’s jets intercepted Russian planes repeatedly in the Baltic, and reported more than 30 types of Russian military aircraft in the area