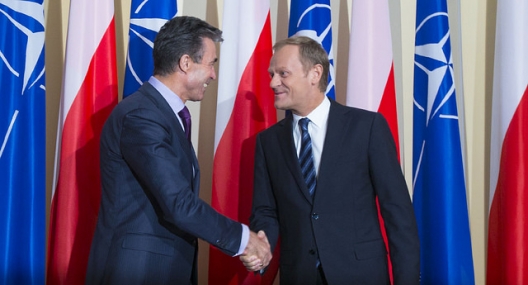 “If there is no readiness for a greater NATO presence in bordering countries of the European Union, it will mean NATO solidarity is only declarative,” [Polish Prime Minister Donald] Tusk said at a security conference in the Slovak capital.

“The NATO presence, meaning infrastructure and specific units, should be greater in Baltic countries, Poland, Slovakia, Hungary, Romania and Bulgaria – meaning where we have a border with an unstable region.”