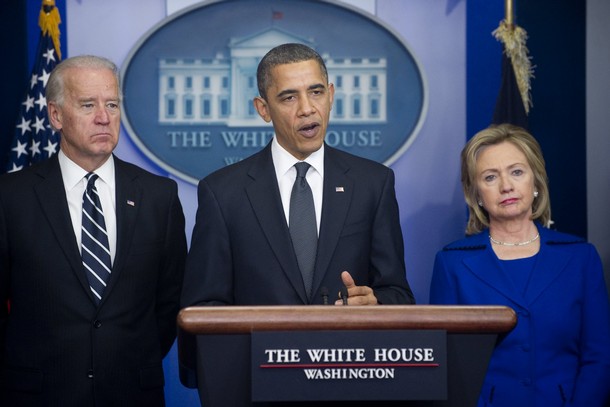 From Scott Wilson and Jon Cohen, the Washington Post:  Nearly two-thirds of Americans now say the war in Afghanistan is no longer worth fighting, the highest proportion yet opposed to the conflict , according to a new Washington Post-ABC News poll.

The finding signals a growing challenge for President Obama as he decides how quickly to pull U.S. forces from the country beginning this summer. After nearly a decade of conflict, political opposition to the battle breaks sharply along partisan lines, with only 19 percent of Democratic respondents and half of Republicans surveyed saying the war continues to be worth fighting.

Nearly three-quarters of Americans say Obama should withdraw a "substantial number" of combat troops from Afghanistan this summer, the deadline he set to begin pulling out some forces. Only 39 percent of respondents, however, say they expect him to withdraw large numbers. …

The number of respondents to the Post-ABC News poll who say the war is not worth fighting has risen from 44 percent in late 2009 to 64 percent in the survey conducted last week.

Two-thirds of independents hold that position, according to the poll, and nearly 80 percent said Obama should withdraw a "substantial number" of troops from Afghanistan this summer. Barely more than a quarter of independents say the war is worth its costs, and for the first time a majority feel "strongly" that it is not.

Obama, who met with [Gen. David] Petraeus on Monday at the White House, has said he will determine the pace of the withdrawal by assessing conditions on the ground. …

The survey also asked respondents to assess Obama’s performance in managing the political changes sweeping across the Middle East and North Africa. Overall, 45 percent of respondents approve of his handling of the situation, and 44 percent disapprove.  (photo: Getty)