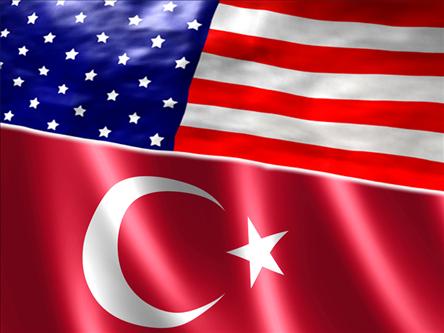 From Joe Parkinson, the Wall Street Journal:  According to a wide-ranging survey carried out by the Ankara-based MetroPOLL Strategic and Social Research Center in December, some 43% of Turks said they perceive the U.S. as the country’s biggest threat , followed by Israel, with 24%. Just 3% of those surveyed considered Iran a major threat.

This trend isn’t new. Though the U.S. is Turkey’s strategic ally, it has become steadily more unpopular here, receiving the lowest favorability score from Turks in every Global Attitudes survey conducted between 2006 and 2009 by the Washington-based Pew Research Center.

Still the survey from MetroPOLL—which quizzed 1,504 people in 31 provinces in December—appears to mark a sharp acceleration in antipathy towards American and particularly Israeli policy.

“This is the highest ratio ever on the external threat question among our surveys,” says Professor Özer Sencar, chairman of MetroPOLL, which is affiliated to the governing AK-party. “The U.S. foreign politics since the Iraqi invasion, the war in Afghanistan, repeated Armenian bills in the U.S. Congress and the negative statements that Turkish leaders make about the U.S. and Israel play a major role in this perception. …”

Partly as a product of Mr. Erdogan’s Foreign Minister, Ahmet Davatoglu, who pursued a ‘peace with all neighbors’ policy, relations with old rivals Greece and Armenia—as well as Iran—have warmed. According to MetroPOLL, the number of Turks considering Greece and Armenia the principal threat to national security is now just 2% and 1%, respectively.

The perceived re-orienting of Turkey’s foreign policy has ruffled feathers in Washington and Brussels, despite Ankara’s denials that its priorities have changed. The MetroPOLL survey will be cited by those who say Turkey’s deteriorating ties with the U.S. and Israel and closer relations with Iran demonstrate that NATO’s sole Muslim-majority member is moving away from the West.  (graphic: Turkish Radio-Television)