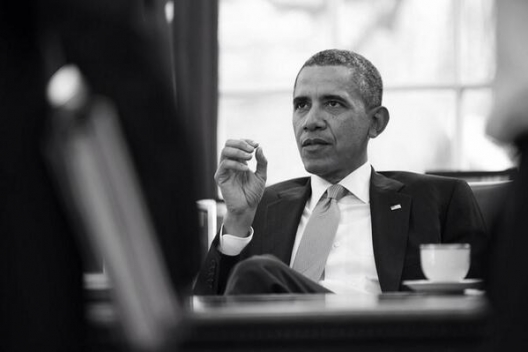 For five years, President Obama has led a foreign policy based more on how he thinks the world should operate than on reality.

It was a world in which “the tide of war is receding” and the United States could, without much risk, radically reduce the size of its armed forces. Other leaders, in this vision, would behave rationally and in the interest of their people and the world. Invasions, brute force, great-power games and shifting alliances — these were things of the past. . . .

Unfortunately, Russian President Vladimir Putin has not received the memo on 21st-century behavior. Neither has China’s president, Xi Jinping, who is engaging in gunboat diplomacy against Japan and the weaker nations of Southeast Asia. Syrian president Bashar al-Assad is waging a very 20th-century war against his own people, sending helicopters to drop exploding barrels full of screws, nails and other shrapnel onto apartment buildings where families cower in basements. These men will not be deterred by the disapproval of their peers, the weight of world opinion or even disinvestment by Silicon Valley companies. They are concerned primarily with maintaining their holds on power. . . .

The urge to pull back — to concentrate on what Mr. Obama calls “nation-building at home” — is nothing new, as former ambassador Stephen Sestanovich recounts in his illuminating history of U.S. foreign policy, “Maximalist.” There were similar retrenchments after the Korea and Vietnam wars and when the Soviet Union crumbled. But the United States discovered each time that the world became a more dangerous place without its leadership and that disorder in the world could threaten U.S. prosperity. Each period of retrenchment was followed by more active (though not always wiser) policy. Today Mr. Obama has plenty of company in his impulse, within both parties and as reflected by public opinion. But he’s also in part responsible for the national mood: If a president doesn’t make the case for global engagement, no one else effectively can. . . .

Military strength, trustworthiness as an ally, staying power in difficult corners of the world such as Afghanistan — these still matter, much as we might wish they did not. While the United States has been retrenching, the tide of democracy in the world, which once seemed inexorable, has been receding. In the long run, that’s harmful to U.S. national security, too.