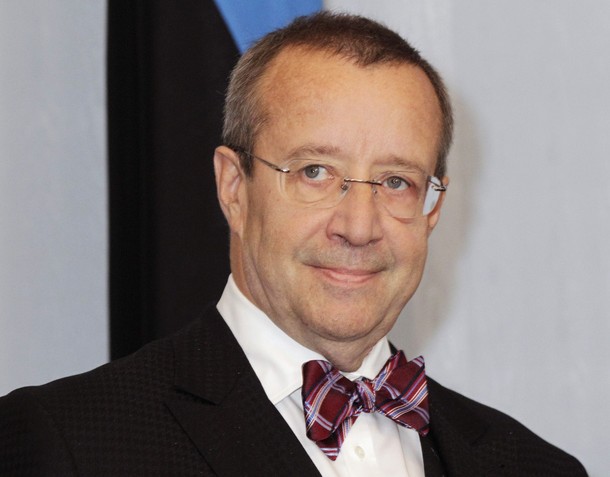 From the Office of the President of Estonia:  "We – secure allies in the most literal meaning of the world – have common interests as well as common challenges and we make joint efforts to resolve these challenges. This is also confirmed by Poland’s strong support for the continuance of NATO’s air policy mission in the Baltic skies," said the President, Toomas Hendrik Ilves, at the meeting of Estonian, Latvian and Polish heads of state that has been taking place over the last two days in Warsaw and has focused on getting ready for the NATO summit in Chicago.

Estonia hopes that in Chicago the alliance will confirm, clearly and powerfully, that the principles of collective defence, deterrence and visibility shall remain the strengths of NATO; the training exercises that are taking part in different regions of the alliance shall represent one part of this programme and several large-scale field trainings are soon to take place in our region. . . .

"I have no doubt that the democratic world will need a strong NATO in the future. Both the United States of America and Europe need such a NATO as well as robust trans-Atlantic relations. However – and this aspect is of primary importance – regardless of the complicated financial status of some countries, Europe cannot sacrifice long-term security in Europe for some short-term political objectives," emphasised President Ilves. "This means that our national defence expenses are as important as funding for our social or educational systems." Estonia is ready to raise its contribution to the NATO air policy mission; two per cent of GDP is earmarked for defence expenses – for the first time – in our state budget this year; this is the level recommended by NATO to all its allies, yet reached by only a few.  (photo: Reuters)