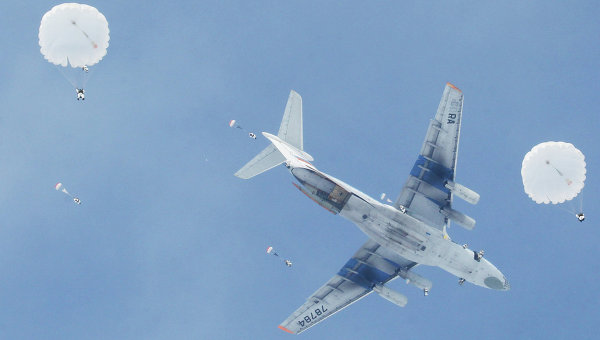 From RIA Novosti:  The number of professional servicemen in the Russian Airborne Forces is expected to reach 20,000 in the next five or seven years, more than double the current 9,500 troops, the airborne troops chief commander, Colonel General Vladimir Shamanov, has said.

The Russian Airborne Forces currently have some 35,000 servicemen, and less than 30 percent of them are professionals, Shamanov said in an interview with RIA Novosti ahead of Airborne Forces Day celebrations in Russia on Thursday. . . .

The expected boost will come as part of government plans to increase the number of professionals in Russia’s 1-million armed forces, which currently rely mainly on conscription and employ only 186,000 professional servicemen. By 2017, the figure is planned to rise to 425,000.  (photo: RIA Novosti/Alexey Kudenko)