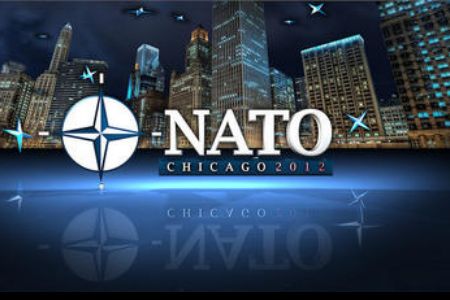 From NBCChicago: Using a 1978 tune from the Village People that also has just four letters, YouTube users calling themselves Squirehogg and Sillypuppetdude have created a 94 second video and tune that just might get stuck in your head.

NATO! Heads of state gather ’round.
I said, ‘NATO!" Welcome, you, to Chi-town.
I mean, ‘NATO!" Home of Bozo the Clown
It’s the city of broad shoulders.

NATO. Welcome to Chicago.
I said, NATO, Many places to go.
I’m talking NATO. Where I’m sure you will find…
.. many ways to have a good time.

When the meetings are through, deep dish pizza for you
We’ll eat hot dogs and drink lots of booze