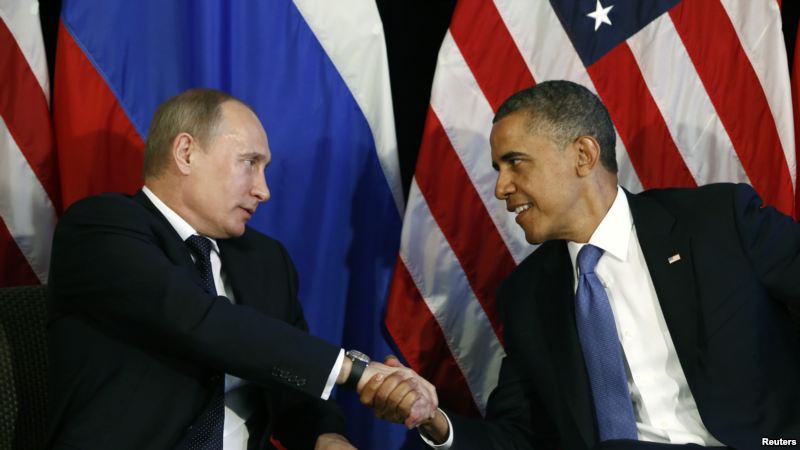 Mr. Putin said he believed that if Mr. Obama is re-elected in November, a compromise could be reached on the contentious issue of American plans for a missile defense sysem in Europe, which Russia has strongly opposed. On the other hand, he said, if Mr. Romney becomes president, Moscow’s fears about the missile system — that it is, despite American assurances, actually directed against Russia — would almost certainly prove true.

“Is it possible to find a solution to the problem, if current President Obama is re-elected for a second term? Theoretically, yes,” Mr. Putin said, according to the official transcript posted on the Kremlin Web site. “But this isn’t just about President Obama.

“For all I know, his desire to work out a solution is quite sincere,” Mr. Putin continued. “I met him recently on the sidelines of the G-20 summit in Los Cabos, Mexico, where we had a chance to talk. And though we talked mostly about Syria, I could still take stock of my counterpart. My feeling is that he is a very honest man, and that he sincerely wants to make many good changes. But can he do it? Will they let him do it? . . ."

He then circled back to Russia’s concerns about the missile defense program. “Our American partners keep telling us, ‘This is not directed against you.’ But what happens if Mr Romney, who believes us to be America’s No. 1 foe, gets elected as president of the United States? In that case, the system will definitely be directed against Russia, as its infrastructure looks to be configured exactly for this purpose.

“And you also have to think about its strategic character — it’s built not for a year or even a decade — and the chances that a man with Romney’s views could come to power are quite high. So what are we supposed to do to ensure our security?”   (photo: Reuters)