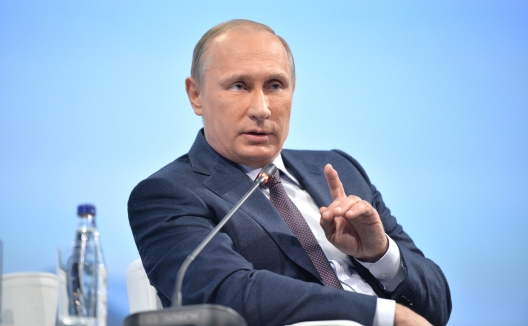 Russian President Vladimir Putin is not done in eastern Ukraine, NATO’s top commander said on Thursday, cautioning that Russia has been building up supplies on its border with Ukraine and keeping its military options open.

Force levels on Russia’s side of the border had not changed much in recent months, Breedlove said, but U.S. military officials had observed in Russia a “stocking of important supplies, ammunition, etc, to levels that would support operations“.

Inside Ukraine, where pro-Russian separatists are battling Ukrainian forces, Breedlove said “we see a force that has been trained, that is led by Russian leadership, … and is ready to do whatever mission is required of it in the Donbass (region).”

“I don’t think Mr. Putin is done in eastern Ukraine,” Breedlove told reporters, and Kiev, despite Moscow’s hopes, was still looking to the West for support.