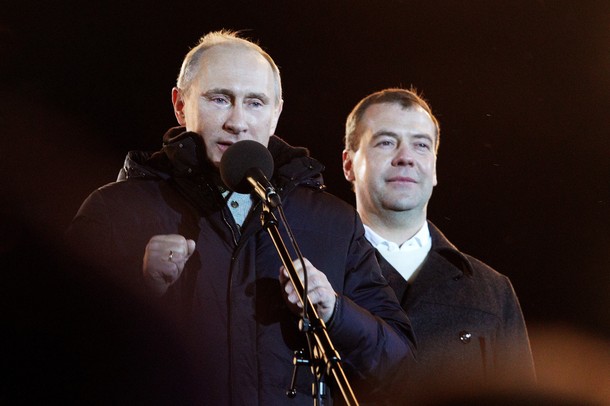 From Jakub Kulhanek, the New Atlanticist:  The NATO-Russia rapprochement reached its apex at the time of the NATO Lisbon Summit when both sides declared their readiness to build a joint missile defense in Europe. Although hailed as a major game changer, the joint missile defense has been fraught with the overblown expectations on both sides. There was little denying of the fact that both NATO and Russia could not agree on the practical side of such cooperation.

The post-Lisbon rapprochement was in large measure possible thanks to the decision by Obama administration to scrap the US initial plans to deploy missile defenses in the Czech Republic and Poland. Yet, fast forward to the present time, the Russian leadership in general and Putin in particular begin to voice their discontent over NATO plans to deploy more sophisticated missile defense systems in Poland and Romania. Similarly, Russia maintains that any missile defense shield in Europe should be built as a joint venture between NATO and Russia, whereas the Alliance insists on having two separate systems that would exchange information.

Given the irreconcilable differences, practically no common ground exists between the two sides. Even the most optimistic proponents of cooperation admit that there will be no agreement on European missile defense by the time of the NATO Summit in Chicago in May. . . .

Putin should not be seen as necessarily anti-Western. After all, during his first term in office he oversaw a major realignment in Russia’s relations with the US and NATO, while pursuing close ties with several European countries.

More worrying is that Putin is said to have grown more wary of the West as he believes the West didn’t live up to its part of the deal in return for Russia’s assistance in the war against terrorism and more recently in Afghanistan. With respect to missile defense, Putin buys into a widely held assumption by Russian hardliners that NATO wants to gain a strategic leverage over Moscow. Given his distrust of the West and tendency to play hardball politics, Putin may prove less predictable and more prone to erratic outbursts. Although Russia, restrained by its limited foreign policy capabilities, will be unable to cause major problems for NATO, it might find a way to make life difficult for the Alliance. A less cooperative or openly antagonistic Russia might throw occasional diplomatic tantrums and perform customary sabre rattling in the form of threatening military deployments on its borders with NATO. Consequently, the Alliance risks being drawn into protracted diplomatic tussles with Moscow, which will sap into its political resolve and vital resources needed elsewhere.

Jakub Kulhanek is head of the East European Program at the Association for International Affairs in the Czech Republic. He has published extensively on post-Soviet affairs, among other things, in the Harvard International Review, Problems of Post-Communism, Royal United Services Institute (RUSI) journal, the Moscow Times and on the US Atlantic Council, EU observer and Foreign Policy Magazine websites.  (Photo credit: Getty)