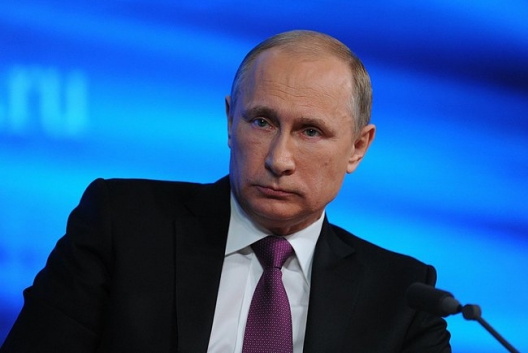 Russian President Vladimir Putin personally directed his nation’s capture of Ukraine’s Crimean Peninsula, he said in a documentary aired Sunday, in which he offered details of his deep involvement in last year’s quick and effective takeover.

Putin said that Russia had flooded the Black Sea peninsula with special forces officers in the days after President Viktor Yanukovych fled Kiev in February 2014, and Putin said that the success of the precision operation surprised even him. With Kiev in chaos, Putin said, he was ready at the time to put Russia’s nuclear forces on alert.

The more than two-hour-long documentary, called “Crimea: Path to the Homeland,” offered new details about Putin’s actions between Yanukovych’s late-night escape from Ukraine’s capital on Feb. 21, 2014, and Russia’s annexation of Crimea less than four weeks later. Russia is planning celebrations this week to mark the March 18 anniversary of the annexation, and the lavishly financed film was a kickoff.

Putin’s account gave fresh insight into a fast-moving military operation that caught both Ukraine and its Western allies off-guard. Last year, Putin initially denied that Russia had anything to do with the armed men who wore no identifying insignia as they seized key Crimean infrastructure in the days after Yanukovych was deposed. Putin later said they were special forces units — and even created a holiday in their honor….

“You know what our advantage was? The fact that I was doing this personally,” he said. “Not because I did everything correctly, but because when it is done by the top person in government, it’s much easier for those who fulfill orders to work.” Ukrainian forces in Crimea were ill-organized after the collapse of the government in Kiev, he said.

“We were ready” to raise Russia’s nuclear forces to a high state of readiness, Putin said. “But I proceeded from the belief that it would not go so far.”