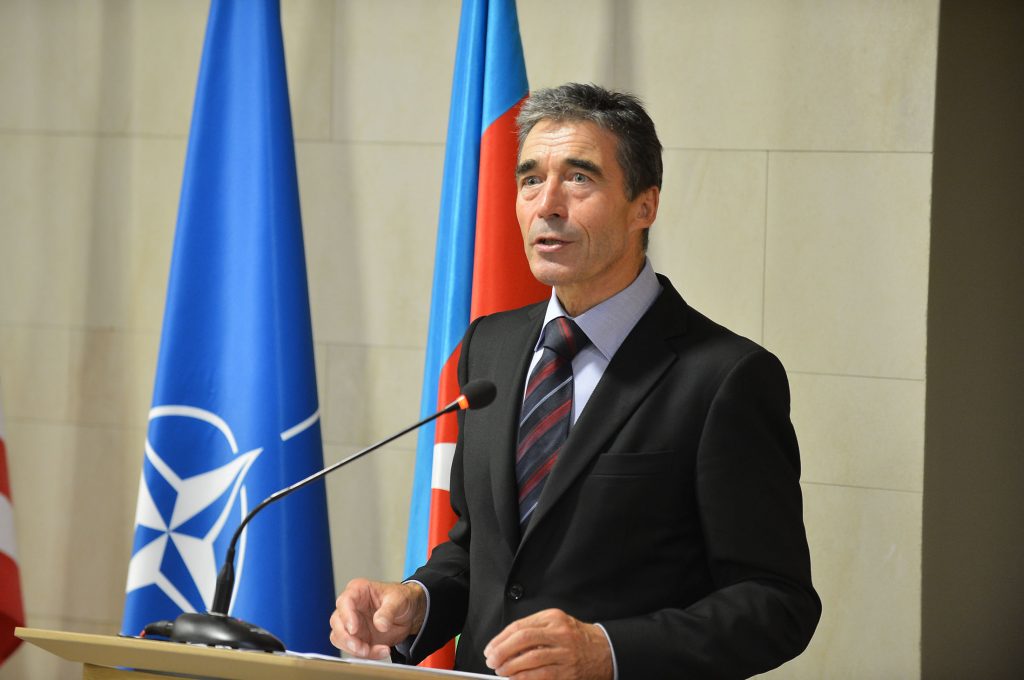 From Anders Fogh Rasmussen, NATO:  NATO and Azerbaijan have recently taken important steps to deepen our partnership further.   Azerbaijan has committed to a stronger, and longer contribution to the international peace effort in Afghanistan, which NATO is leading. . . .

Your military personnel are doing a fantastic job there.  And you can be very proud of what they are achieving.

You are also contributing in other ways.  Azerbaijan has allowed other countries over flight and transit of its territory.  And you have made a generous financial contribution to the training of Afghan security forces.  These contributions are less visible than uniformed personnel – but they are just as important.  Azerbaijan has been, and continues to be, a solid, reliable partner for NATO on Afghanistan. . . .

The NATO-Azerbaijan partnership gives your country access to a unique security forum.  A seat at the table where we can address vital security concerns like Afghanistan together, Allies and partners.  And my aim is to have more such discussions, on a broader range of current and new security challenges, like energy security and cyber-defence.

Our partnership also supports Azerbaijan’s reforms.  Especially in defence reforms, where you are developing modern and accountable military forces that are relevant to today’s security challenges, and able to play their full part in multinational operations.

Much of our cooperation is focussed on military-to-military activities, such as training and education.  We are also deepening our cooperation on energy security and cyber-security.  And this might seem far away from the needs of average people.  But we also do things together that have more tangible benefits.

Let me give you one example. Together, NATO and the Azerbaijan Mine Agency have removed huge quantities of landmines from the soil in this country.  Half a million unexploded munitions have been destroyed.  This is one of the biggest projects of this nature in the world, freeing up hundreds of hectares of land for agriculture and development.

Those remnants from the past endangered lives.  Now, people can walk, farm and open businesses on that land.  You might say this project is literally paving the way to a better future. And I might add that the Azerbaijani Agency is now helping with demining in other countries, including in Afghanistan.

But for all this progress, this region still faces great security challenges.  Azerbaijan has a complicated neighbourhood.  And the most pressing regional challenge remains finding a solution to the Nagorno-Karabakh conflict.