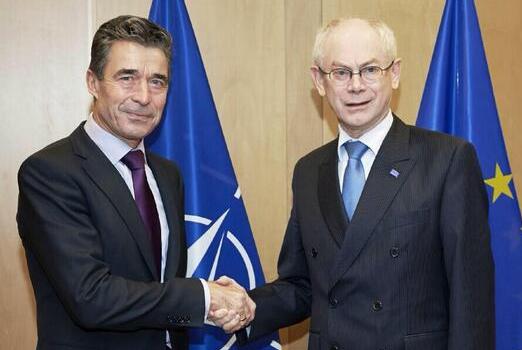 Strong defence and deterrence have ensured peace and stability in Europe for almost 70 years. The political, economic and military bonds between Europe and North America remain as important as ever in the defence of our common values, our shared security, and our way of life.

But today’s threats, and even more so, those of tomorrow, are global in reach. They spread at a fast pace and are often interconnected.

Failed states and insecure regions can become breeding grounds for terrorism and trafficking of arms, drugs and human beings. Instability in our neighbourhood can lead to an influx of refugees and illegal immigrants.

So to defend our security at home, we must be able to promote stability beyond our borders. As we have done in Bosnia, Kosovo, and Afghanistan. In Libya and off the Somali coast. And as our French Allies are now doing, with remarkable skill and determination and the support of several other Allies, in Mali and the Central African Republic.

Over the past years, the security challenges have increased. But our defence budgets have certainly decreased. Actually, over the last five years, some European countries have cut their defence budgets by up to 40 per cent in real terms.

We all know that security has a cost. But insecurity comes at a higher price. Over 2 million people fled their homes during the Balkan wars, and we have spent well over 7 billion euros in donor assistance since. The total cost of piracy off the coast of Somalia for the global economy is over 13 billion euros a year. And the estimated annual cost of cyber-crime is three quarters of a trillion euros.

But this is not just about what Europe pays in defence costs. It is also about the role Europe plays in the world.

But I am concerned that if Europe is unwilling, or unable, to play its full part in international crisis management, others will fill the vacuum. And we will reduce our ability to protect our values and defend our interests. And to shape our own future.

For Europe to play its full part, we must develop real capabilities, and those capabilities that our nations really need: observation drones, air-to-air refuelling, heavy transport. And we need a strong European defence industrial base.

I welcome the increasing focus by European nations on developing these capabilities. Let me stress: It is not NATO or the EU that possess these assets. They are owned by the individual nations. They benefit the nations that have them. And they allow those nations to make a stronger contribution to addressing crises, in any framework they choose – be it EU or NATO or any other way.

We must also get the most out of the resources we have. So that we provide our tax-payers with better security, and more value for money. Because each of our nations only has one set of tax-payers, and one set of armed forces.

This requires greater cooperation, coordination and cohesion. Within Europe. Across the Atlantic. And between the European Union and NATO.

We must be sure that we continue to complement and reinforce each other. Duplication is a luxury we cannot afford.

We must work closely together in developing military capabilities and industrial standards. In coordinating our approaches to maritime and cyber security. And in training, exercises and defence capacity building for partners that need our support.

The time to act is now. Because unless we Europeans take our security seriously, North Americans will rightly ask why they should. Unless we recommit to our own defence, we risk seeing America disengage — and Europe and America drift apart. This is not what any of us would want. And it would benefit neither us nor the rest of the world.

Europe and America must continue to work together. To protect our values and interests. To stand up for individual liberty, and the freedom of expression. And to support the sovereign right of nations – like Ukraine – to make their own choices.

We need a Europe that is strong. A Europe that is both willing and able to take more responsibility for its own security and that of the world in which we live.

This European Council, and the NATO Summit next year, will be vital opportunities to shape that strong Europe that we all need.