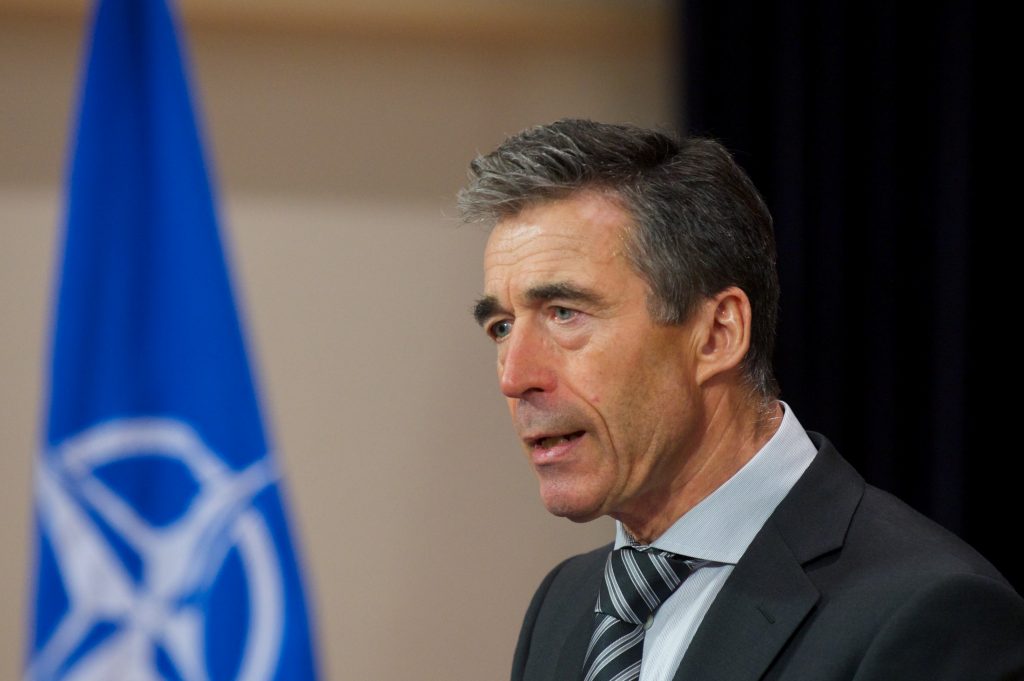 [NATO Secretary General Anders Fogh] Rasmussen, whose five-year term ends next summer, sat down in New York with the Monitor to discuss Syria , Afghanistan, and why “smart defense” will be a growing feature of cash-strapped NATO members’ security future. . . .

At Turkey’s request, NATO deployed batteries of Patriot missiles along the Alliance member’s border with Syria, and provocative incidents between the two unfriendly countries largely ceased. “We do believe [deploying the Patriots] has a deterrent effect, so that potential adversaries don’t even think about attacking Turkey,” Rasmussen says.

But don’t look for NATO involvement in implementation of the plan to eliminate Syria’s chemical weapons. The Aug. 21 chemical weapons attack outside Damascus “needs a firm response from the international community here and now,” he says, before adding: “I don’t foresee any further role for NATO.”

Russia has indicated it could be open to providing a military component to help with security for the chemical weapons inspectors and experts who would be implementing the plan in a war zone. But Russia, which regards NATO as having overstepped its bounds by intervening in Libya in 2011, would almost certainly be skeptical of Alliance participation in Syria.

But Rasmussen says “individual allies” (NATO members) “have capabilities that would be useful to the weapons-elimination program.” As a result, he envisions that “if requested, NATO could play a coordinating role in such [Allied] efforts. . . .”

For weary American taxpayers tempted to dismiss an international institution like NATO as a bloated cold-war relic, Rasmussen has a message: “We have cut fat and built up muscles.”

As part of a major streamlining effort, NATO has cut its administrative workforce by a third, and reduced the number of divisional headquarters from 11 to 7 – even as the Alliance has taken on new missions reflecting the challenges of today’s world.

Noting that “Today we can no longer provide adequate security by lining up tanks along our borders,” Rasmussen says NATO has had to expand its concept of what “providing security” means to include fighting terrorism in Afghanistan, tackling piracy off the coast of Somalia, and addressing the growing global threat of cyberattacks.

To do more with less, NATO under Rasmussen is shifting to what he likes to call “smart defense:” taking the cooperative spirit underpinning the Alliance and extending it to the acquisition and operation of new military capabilities.

By more “pooling of resources,” he says, increasingly prohibitive hardware, personnel, and training costs can be shared, and “we will be able to maintain our ability to work and operate together. That’s also part of NATO’s future.”