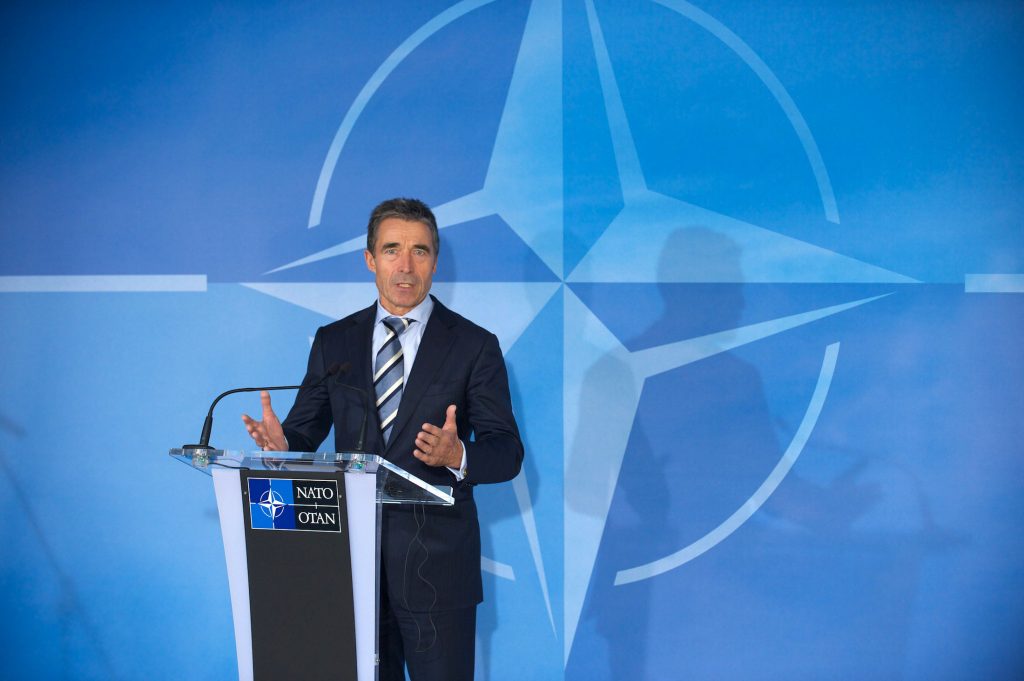 From Reuters:  The head of NATO said on Tuesday that the 28-member military alliance had plans in place to defend Turkey against attack from Syria if necessary, but that he hoped the two countries would find a way to stop tensions escalating. . . .

"We have all necessary plans in place to protect and defend Turkey if necessary," Secretary-General Anders Fogh Rasmussen told reporters before a meeting of the alliance’s defense ministers in Brussels.

On Monday, Turkish President Abdullah Gul said the "worst-case scenarios" were now playing out in Syria and that Turkey would do everything necessary to protect itself. . . .

Rasmussen commended the Turkish government for its restraint, saying he hoped the parties would avoid an escalation of the crisis.

"Obviously Turkey has a right to defend herself within international law," he said. "I would add to that that obviously Turkey can rely on NATO solidarity."  (photo: NATO)