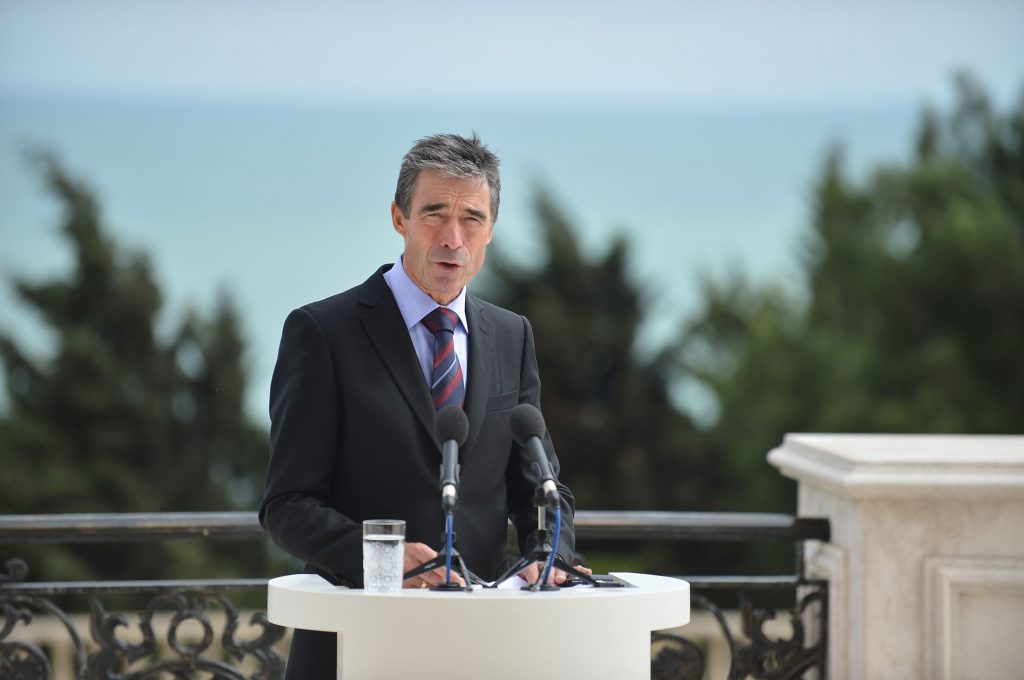 From Anders Fogh Rasmussen, NATO:  For the first forty years of its existence, NATO prevented the Cold War from getting hot.  When the Iron Curtain fell, we extended a hand of friendship to countries all over Europe, including here in the Southern Caucasus region.  We helped many former enemies to become friends.  And we opened our door for many European nations to become NATO Allies.

But what some might have missed is that, since the start of this new century, NATO has once again moved with the times. We are tackling new, global security challenges – such as terrorism, piracy, and the spread of weapons of mass destruction.  This means we need to look well beyond Europe’s borders.  And we work together with other international organisations, and with partner countries on all five continents.

Our role in Afghanistan has been the most visible example of this new engagement.  NATO is leading the biggest coalition in history under a United Nations mandate. Today, 50 nations are working side-by-side to ensure that Afghanistan will never again provide a safe haven for terrorists who threaten our nations. . . .

We continue to face challenges in Afghanistan, but together with our Afghan partners, we have also made significant progress. The NATO-led combat mission will be completed by the end of 2014.  But we will continue to train, advise and assist the Afghan security forces after that date. . . .

Afghanistan proves that the only sensible approach to 21st century security is a cooperative approach. NATO will continue to build on the success of working with our partners.  To deepen the understanding and trust that we have built together over the past two decades.  And to consolidate the invaluable practical experience that our military forces have gained by working together in Afghanistan and on other NATO-led missions and operations.