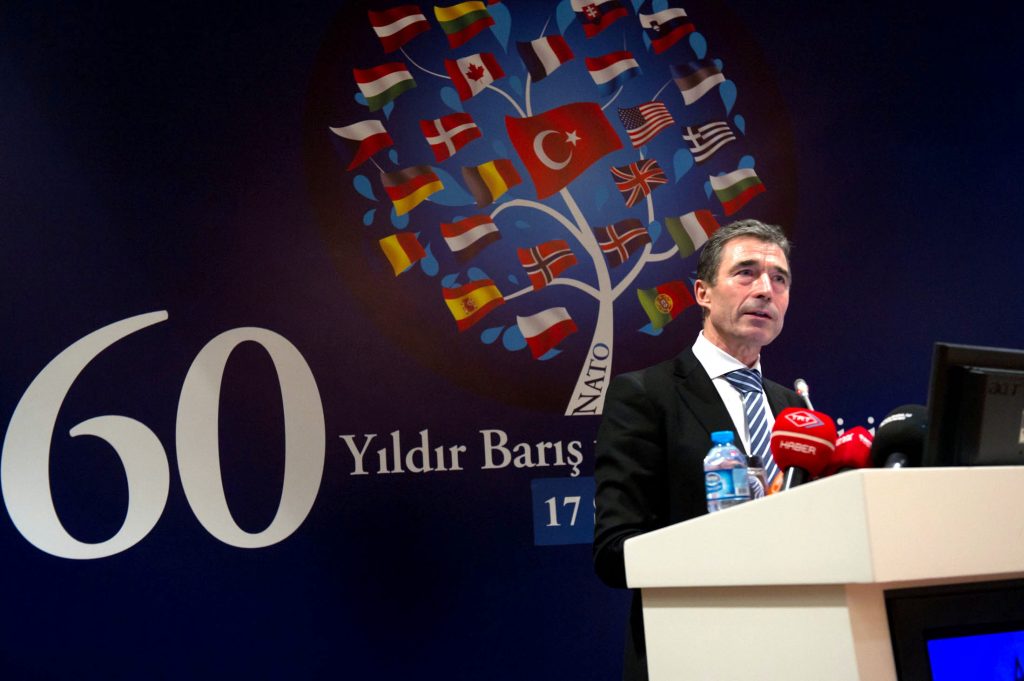 From Anders Fogh Rasmussen, NATO:  Turkey has been a vital member of NATO for 60 years. Many things have changed in that time. But our commitment to each other has not.

Turkey plays an important role in our operations and we are particularly grateful for your steadfast commitment to our ISAF operation.

Turkey has an important voice in our decisions. And Turkey has a vital part to play in shaping our partnerships. Together, we are the most successful military Alliance in the world.

So Turkey has done very much for NATO. It has shown its commitment to stability, security and solidarity time and time again.

But NATO has also done a lot and does a lot for Turkey. Let me highlight just three of those benefits.

First, Article 5. NATO’s founding treaty is still the world’s most powerful insurance policy. Its collective defence clause means you have 27 Allies ready, and willing, to help defend you. That was true when you stood on the cold war flank of the Alliance. It is just as true today.

Second, the very existence of our Alliance sends a strong signal of solidarity. Any aggressor would think long and hard before upsetting your own stability and security. Because they know that to threaten one Ally is to threaten them all. By being a member of NATO, you benefit not just from your own contributions, but you benefit from other Allies’ contributions too. So the security each Ally gets out, is about more than just the security you contribute.

And finally, consultation. NATO remains the only structured forum that brings together North America and Europe. It is a dynamic and unique forum for Allied consultations on both the political and the military dimensions of security. All decisions are taken by consensus. So Turkey’s voice matters. When your country speaks, its views are heard across all Allied capitals. And when NATO meets with its partners, Turkey’s views are heard across the world – from Stockholm to Sydney and from Algiers to Astana.

For sixty years, Turkey has been a part of the transatlantic family. Turkey gains what all the family members gain – not just the promotion of our interests, but also the protection of our values. . . .

Turkey brings together East and West, North and South. Its strong heart beats where Europe, Asia and the Mediterranean all meet. And that is a great advantage, for Turkey, and for us all.