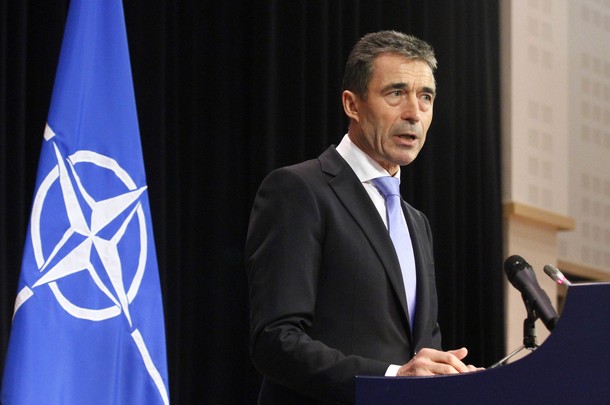 From Anders Fogh Rasmussen, NATO:  Two years ago, at the EU Defence Ministers’ meeting in Palma de Mallorca, I made several proposals to address this problem. I said that the EU and NATO must have regular discussions, at all levels, on the entire spectrum of common security threats. That we need to work together more closely in operations. And that we must get a higher return on our defence spending through reducing duplication and using scarce resources more efficiently.

To achieve these goals, I suggested a “two-way street” approach. On the one hand, all EU members should be able to participate in NATO-EU cooperation. And on the other hand, the EU should reinforce its political and military relations with those NATO Allies who are not members of the EU. This would include an overall security agreement between the EU and Turkey. And an arrangement between Turkey and the European Defence Agency.

These proposals are still on the table. But, frankly, not much progress has been made.

And let me be clear:
We cannot defend to taxpayers our inability to find ways to combine our efforts, seek efficiencies, and deliver better results.

On the ground, our soldiers and civilian experts have learned to cooperate – because they must. Their mission depends upon it. And so do their lives. But in Brussels, we are still prevented from having formal talks between NATO and the European Union on any subject other than Bosnia. That makes no sense.

As our operations have multiplied, the need for cooperation has only grown. NATO’s mission in Libya is a case in point. While some European Allies – and one non-Allied member of the EU – shouldered heavy burdens. The operation also demonstrated significant shortfalls in a range of European capabilities – from smart munitions, to air-to-air refuelling, and intelligence surveillance and reconnaissance.

We have seen some welcome steps to address these shortfalls. One is the initiative by Denmark for joint acquisition and stockpiling of weapons and ammunitions. That should help participating countries save money while ensuring that the munitions are readily available when they are needed.

In the end, we must be pragmatic. The European Union and NATO have 21 members in common. But each of those nations has only one set of tax-payers, one set of armed forces and one set of capabilities. We need to get the most out of those forces and capabilities. That will benefit our organisations, our taxpayers, and our security.

We must strive to consult and cooperate more often. And we must ensure that our organisations complement each other. At the very least, regular meetings must become part-and-parcel of the way we operate. So the pragmatic approach that we have seen on operations translates into greater political pragmatism back in Brussels. If our soldiers can do it, so can we. . . .

We know what we need to do. But politically, doing nothing is sometimes easier than doing what is necessary. We all know how powerful inertia can be.

The common threats we face don’t suffer from political inertia. They are on the move — fast. Terrorism. Weapons of mass destruction. Piracy. Cyber attacks. And many others.

To confront these threats, we need to work together. And to do this successfully, we need a stronger NATO-EU relationship.