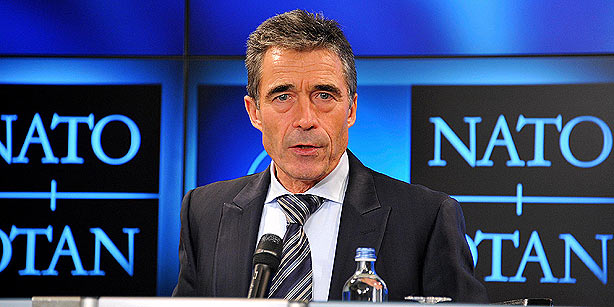 From Today’s Zaman:  NATO chief Anders Fogh Rasmussen has said the Patriot missiles to be deployed on the Turkish-Syrian border to counter threats from Syria will be under NATO control.

Speaking in an interview on Tuesday, NATO Secretary-General Anders Fogh Rasmussen said the NATO decision endorsing the deployment of missiles will be made in the coming days. Approval by the parliaments of member countries are required for the organization to send the missiles. The missile system’s transport, expected to be by sea, will also take time.

Rasmussen also announced that the missiles will remain under NATO control. The missiles will be installed by NATO allies and will be under the command of the alliance, said Rasmussen.

Turkish Defense Minister İsmet Yılmaz had earlier said that NATO’s Air Command Control System (ACCS) will head the command center for the missile system, adding that Turkish officials are included in the ACCS’s ranks. Hüseyin Çelik, deputy chairman of the ruling Justice and Development Party (AK Party), said in a recent press briefing that “Turkey will be holding the trigger. . . .”

Asked about the financing of the missiles, Rasmussen said countries providing the missiles will take on the financial burden, although the host country will also contribute to the costs. Germany, the Netherlands and the United States are the only three NATO allies with appropriate Patriot surface-to-air missile systems available.  (photo: Dursun Aydemir/AA)