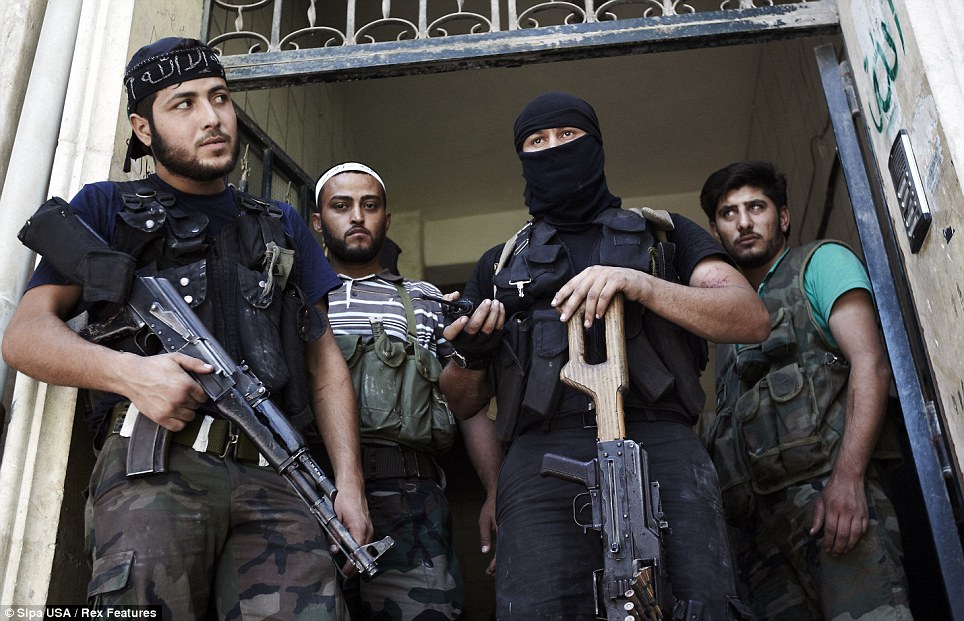 From David E. Sanger, New York Times:  Most of the arms shipped at the behest of Saudi Arabia and Qatar to supply Syrian rebel groups fighting the government of Bashar al-Assad are going to hard-line Islamic jihadists, and not the more secular opposition groups that the West wants to bolster , according to American officials and Middle Eastern diplomats.

That conclusion, of which President Obama and other senior officials are aware from classified assessments of the Syrian conflict that has now claimed more than 25,000 lives, casts into doubt whether the White House’s strategy of minimal and indirect intervention in the Syrian conflict is accomplishing its intended purpose of helping a democratic-minded opposition topple an oppressive government, or is instead sowing the seeds of future insurgencies hostile to the United States.

“The opposition groups that are receiving the most of the lethal aid are exactly the ones we don’t want to have it,” said one American official familiar with the outlines of those findings, commenting on an operation that in American eyes has increasingly gone awry.

The United States is not sending arms directly to the Syrian opposition. Instead, it is providing intelligence and other support for shipments of secondhand light weapons like rifles and grenades into Syria, mainly orchestrated from Saudi Arabia and Qatar. The reports indicate that the shipments organized from Qatar, in particular, are largely going to hard-line Islamists. . . .

American officials have been trying to understand why hard-line Islamists have received the lion’s share of the arms shipped to the Syrian opposition through the shadowy pipeline with roots in Qatar, and, to a lesser degree, Saudi Arabia. The officials, voicing frustration, say there is no central clearinghouse for the shipments, and no effective way of vetting the groups that ultimately receive them.

Those problems were central concerns for the director of the Central Intelligence Agency, David H. Petraeus, when he traveled secretly to Turkey last month, officials said. . . .

One Middle Eastern diplomat who has dealt extensively with the C.I.A. on the issue said that Mr. Petraeus’s goal was to oversee the process of “vetting, and then shaping, an opposition that the U.S. thinks it can work with.” According to American and Arab officials, the C.I.A. has sent officers to Turkey to help direct the aid, but the agency has been hampered by a lack of good intelligence about many rebel figures and factions. . . .

The disorganization is strengthening the hand of Islamic extremist groups in Syria, some with ties or affiliations with Al Qaeda, he said: “The longer this goes on, the more likely those groups will gain strength.”

American officials worry that, should Mr. Assad be ousted, Syria could erupt afterward into a new conflict over control of the country, in which the more hard-line Islamic groups would be the best armed.  (photo: Sipa USA/Rex Features)