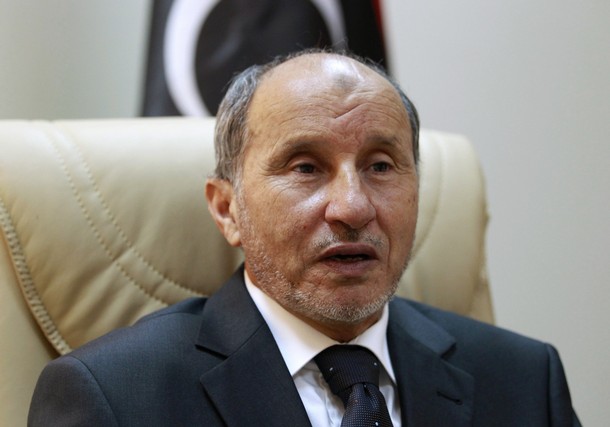 From Lamine Chikhi, Reuters:  A glimmer of concession on [Muammar] Gaddafi’s future from the National Transitional Council on Sunday was swiftly withdrawn on Monday when the NTC, based in the eastern city of Benghazi, contradicted remarks made by its leader Mustafa Abdel Jalil.

He told Reuters on Sunday: "As a peaceful solution, we offered that he can resign and order his soldiers to withdraw from their barracks and positions, and then he can decide either to stay in Libya or abroad.

However, on Monday issued a statement by Abdel Jalil saying:

"I would like to confirm that there is absolutely no current or future possibility for Gaddafi to remain in Libya … There is no escape clause for Gaddafi — he must be removed from power and face justice."  (photo: Reuters)